KWK teaser: Varun Dhawan wants girls to sleep in their bras and panties!

The actor was just as flamboyant and chirpy for his second appearance on ‘Koffee With Karan’. 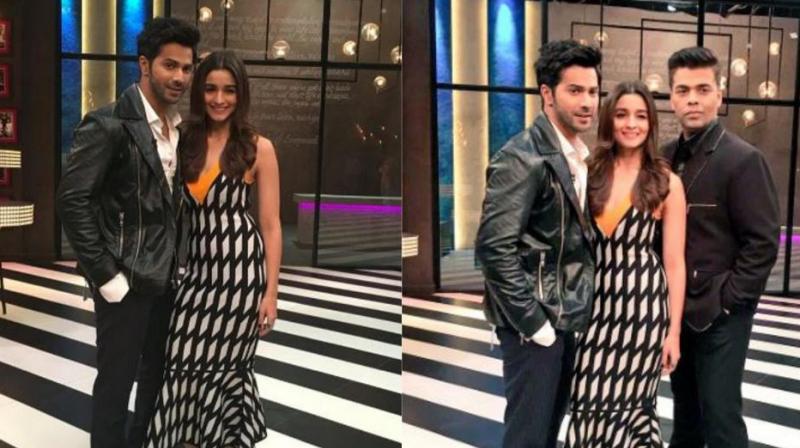 Mumbai: Varun and Alia, who are making headlines with their latest romcom trailer ‘Badrinath Ki Dulhania’, are back on their professional guru, Karan Johar’s, chat show ‘Kofee With Karan’. Going by the teaser of their episode, we could tell it’s an entertaining one!

During the interview, Karan asked Varun to name three girls should wear to bed, the former student quickly replied, “A bra, a panty and a T-shirt.”

Alia did not disappoint us this time, unlike her previous appearance with SRK, this time she did manage to pull off an ‘Alia Bhatt’ on the couch. When the producer-director asked the talkented actress to name three citrus fruits, she said, “Orange, santra…” which pretty much means the same thing!

But Varun should get the trophy for being the wittiest on the show, when host Johar asked what Sidharth Malhotra has and he doesn’t. The actor looked at Alia, laughed heartily and without uttering a single word placed a cushion over his private part. Open to interpretations!