Sania made her debut on Karan’s talk show and her controversial replies has raised many eyebrows. 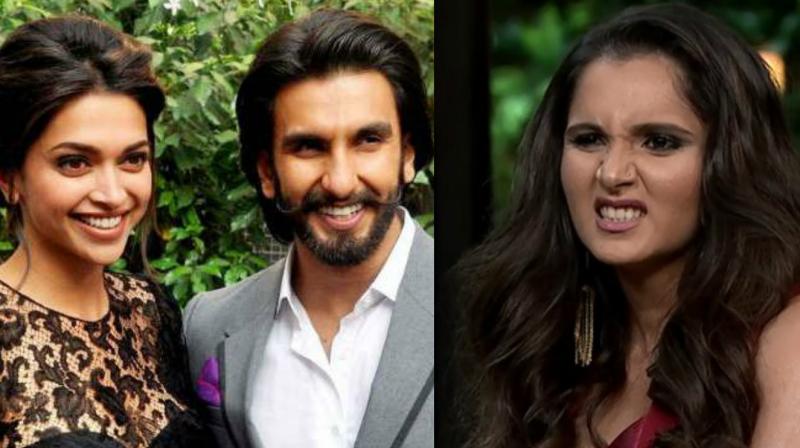 Sania Mirza made her debut on 'Koffee with Karan' alongside side Farah Khan.

Both the ladies sportingly answered Karan’s sensational questions. In one of the rounds, when Sania was asked what she would do if she woke up as Deepika Padukone, the Tennis champion immediately replied, "I would ditch Ranveer Singh."

Well, that was a shocker, wasn’t it? But hold onto your imagination before you jump to conclusions, for Sania finished her sentence with a very witty reason. She said, "Had I been Deepika I would ditch him so that he becomes available for everyone else."