Balki has teamed up with Akshay for the first time for a film, which is a fictionalised account of Arunachalam Muruganantham. 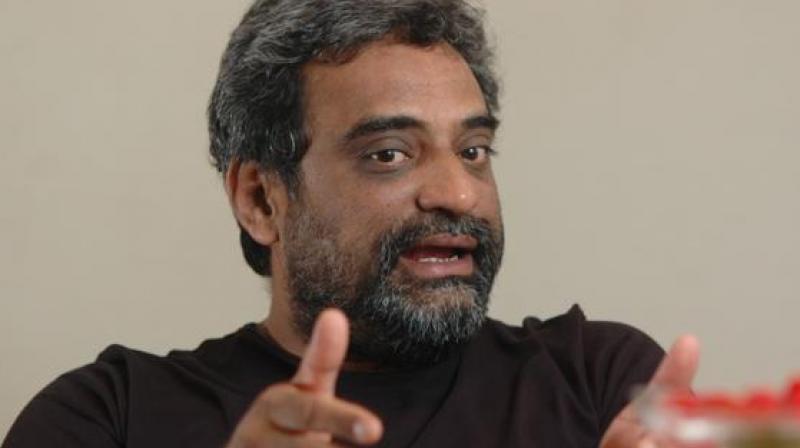 Mumbai: Director R Balki, who has made films with top stars like Amitabh Bachchan, Vidya Balan, Kareena Kapoor Khan and Akshay Kumar, says filmmaking should be an ego-less process.

In an interview with PTI, Balki opens up about how easy it is to be working with stars provided the communication is clear and both the director and actor are open to accept and reject each other's suggestion.

"In filmmaking, you can't have ego, everyone is a labourer. Suggestions can come from anywhere. You take if need be or don't - regardless of who is giving. If you have that simple healthy communication with them, why will stars have an issue?"

The general perception is that it is difficult to handle stars as they come with their own whims but the director begs to differ.

"I look at stars as creative people. Of course, I know the value of Akshay Kumar, he draws in 90 per cent of the audience. That means he has the ability. Where people might have issues is when they say 'he is behaving like a star, not understanding my script'.

"I believe stars are as good if not better creative people as you are. They understand your script, their stardom and box office as well as you do. It's your job to not lose out on anything that they're trying to say. It's also your job to tell them 'hey this won't work'."

Balki has teamed up with Akshay for the first time for a film, which is a fictionalised account of Tamil Nadu-based Arunachalam Muruganantham, who created affordable sanitary napkins for the women of his village.

The director says he always knew that Akshay would be the best person to portray Arunachalam's character.

"Akshay is a simple guy. He's a lot like Arunachalam - no complications, no reading between the lines. He is simple. So he was bang on for the character. Akshay doesn't like complications and it suits me because I don't either.

"He doesn't think he is doing something great, never Tom-toms his own achievement. He celebrates quietly, moves on to the next one. I really like that about him."

The filmmaker says because of this, the process of filming "Padman" was easy because both had huge respect for each other.

While Balki had already read about the story of Arunachalam, he decided to come onboard when Twinkle Khanna, also the producer of the film, got in touch with him via a mutual friend.

"Here was an opportunity to do something which no one has done before- a film on (sanitary) pads! Twinkle started writing the book and I, along with Swanand Kirkire, started writing the script. So we have two different creative adaptations of his life."

He is currently awaiting the release of the film, which is on February 9.