Bhumi Pednekar, Taapsee Pannu to come together for a sports drama?

When we tried to ask Bhumi about this film, she remained tight-lipped and walked away with a smile. 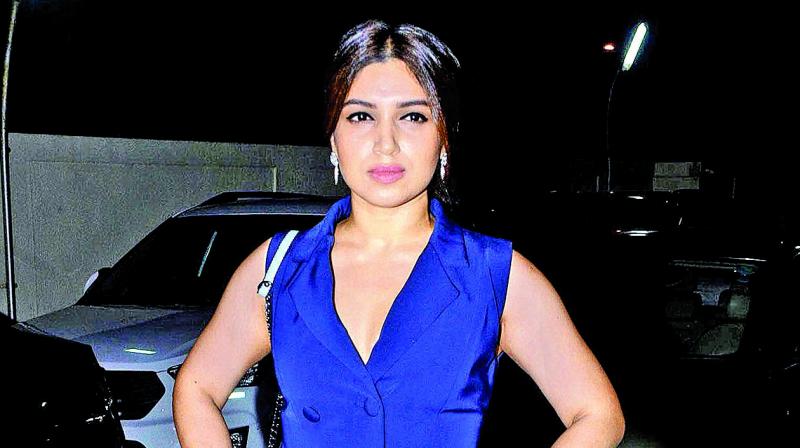 Bhumi Pednekar made her debut in 2015 with Dum Laga Ke Haisha, a film that broke several stereotypes and won many many hearts. Even since then, Bhumi’s choices in films, be it Toilet: Ek Prem Katha, Shubh Mangal Saavdhan or Netflix’s Lust Stories, have seen her playing a pivotal role. Her upcoming film Sonchiriya also shows her playing a strong and empowered woman. Undoubtedly, Bhumi’s choices in films have been great so far and if sources are to be believed, she is all set to add another feather in her filmography with a sports drama.

According to sources, Bhumi is all set to do a sports film, which draws its inspiration from a real-life sportswoman but the story is fictionalised and therefore won’t be tagged as a biopic.

“Bhumi is busy doing her look test for this sports film. After her promotional activities and other commitments, Bhumi rushes for the look tests and she has been doing this for three days now,” says a source.

The source also adds that Taapsee Pannu, who was last seen in Manmarziyaan, is also playing an important role in this yet-untitled sports film along with Bhumi.

When we tried to ask Bhumi about this film, she remained tight-lipped and walked away with a smile.