Not at all a possessive girlfriend, says Alia Bhatt

Alia Bhatt chats about her marriage plans, her upcoming film, and Kangana Ranaut. 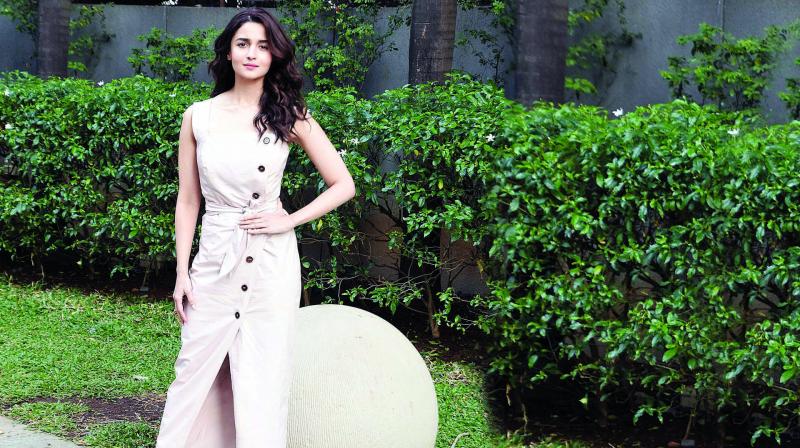 Despite her privileged background and star-studded launch into the film industry, Alia Bhatt has had her own share of learnings. The young actress who has often been a butt of jokes for her intelligence quotient has now silenced her critics by showcasing her acting abilities on screen in one film after another. In the upcoming film Gully Boy, Alia is seen as a possessive girlfriend. The actress, however, claims to be exactly opposite in real life. Without naming her beau, Alia very nonchalantly declares, “I am not at all a possessive girlfriend. It is about giving a free hand to your partner because I have been bought up in a way where we give space to each other. We are very trustworthy and loyal and we expect and believe the same out of the other relationships in our life,” she says adding that possessiveness is a wasted emotion.  “As far as jealousy is concerned, everyone must have felt it during their school days but now that time is gone. There is no need to be possessive in life because I think it’s a wasted emotion.”

While there have also been reports about Alia Bhatt settling down with Ranbir Kapoor, the actress says she has no marriage plans as of now. “I am not at all set to settle anywhere. No marriage plans for now. I am very settled in my life. I am very peaceful and content but that doesn’t mean I am not getting married because of that... I will get married when the time is right. Abhi time nahi aaya (The time hasn’t come yet).”

Besides acting, the actress has also been applauded for her no-filter approach and is always known to speak from her heart. For this, she credits her father Mahesh Bhatt. “My father speaks openly. The only thing he has asked me to be careful about is our views on controversies. When highly sensitive controversial topics are being spoken about, sometimes it’s better to not give your opinion as it just blows out of proportion and I totally agree with that,” says Alia and adds, “He may do it (himself) but to protect me he asks me to not do it so I am very selective with my words.  I won't lie but I won't over speak... also because I don’t feel the need to.”

Meanwhile, Manikarnika actress Kangana Ranaut recently blasted Alia for not supporting her wholeheartedly. Kangana alleged that before Raazi’s release, Alia had sent her trailer with a request to watch it but didn’t come forward to support her film Manikarnika. However, Alia says she is unaware of the controversy.  “I didn’t follow that controversy at all. I was too busy shooting. I will always support actresses and actors for the films that they do and if they are in any trouble but this is something personal, which I don’t think is fair for any of us to get into. Kangana is a strong woman and very outspoken and a fab actress. If she ever needs support, I am sure people will stand up for her but I don’t think she gives that feeling that she needs support.”

Despite coming from a privileged background, the young actress has always preferred being independent. “I started working at the age of 18. I have been financially independent and taking care of myself since then,” says the actress who believes in starting off young and considers herself fortunate to get a movie at such a young age.

For Alia, independence also means giving back to your parents. “Getting independent doesn’t mean you forget your roots, you have to be responsible enough. You have to start taking care of your parents and spoil them the way they spoiled you — buy them presents, help them financially. Sometimes, all they need is your time. I make it a point to try and connect with them,” says Alia.

The actress also has a great sense of script and after giving critical and commercial hits like Highway, Udta Punjab, Raazi and Badrinath Ki Dulhania, she will be seen in Zoya Akhtar’s Gully Boy.  Alia reveals her formula for picking up right scripts. “I am not a director. So, I can’t think like a director. But, I can think like an audience. If you are giving me a story, explain it to me in simple words or let me read the story. The most important thing is that every story should have an intent and it has to have an obstacle to keep the audience engaged,” says Alia.

Gully Boy has been selected for a special screening at the 69th Berlin International Film Festival in February and Alia is more than proud to showcase the film in Berlin. “Berlin is a very prestigious and tough film festival, they are not easy with their choices. Earlier, I have been to Berlin for Highway. It feels nice when a film that you believe in is getting recognition. It’s a story that’s coming from the deep heart of our country and is important and relevant to tell in today’s time. And, it’s coming out from the heart of Mumbai. When you are taking that all the way to Berlin, it feels special,” she says.