On the knife’s edge 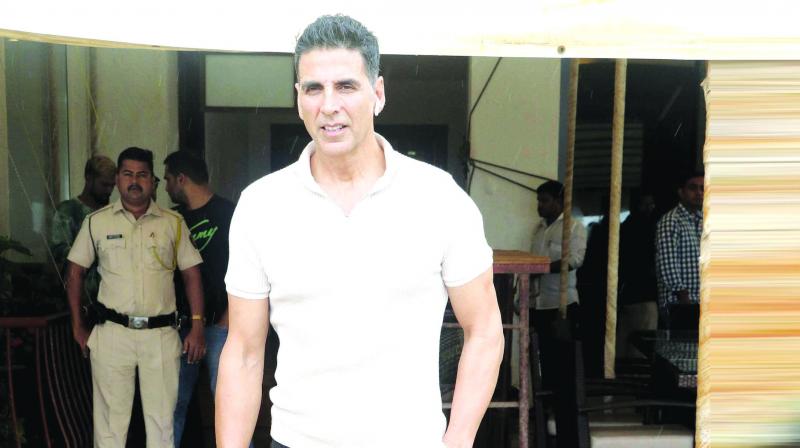 With director Jagan Shakti in hospital, there are questions rising about what will happen to the remake of the film Kaththi that he was to make.

There have been speculations that Akshay Kumar would be doing the remake of Kaththi, which means knife in Tamil. He had earlier done a remake of Thuppakki (meaning ‘pistol’ in Tamil) called Holiday, which was directed by A R Murugadoss. But Shakti, an associate of Murugadoss who directed Kumar in Mission Mangal, had said that the actor was not doing the film but the remake of the film was on.

With his recent hospitalisation and Kumar looking after his treatment at the medical facility, it was being rumoured that the actor may get back with his Mission Mangal maker.

“It all depends on Jagan’s health. Jagan has been unwell and it is not known how soon can he get back to work. If the makers want Jagan to direct the film they will surely let him do. Meanwhile, other makers who are keen on remaking this hit Thalapathy Vijay film are also trying their best to get the job,” informs our source in the industry.

Interestingly, there are two positions that need to be filled: That of the director and the actor. In all probability, it does seem that the producers will wait for Jagan to revert because he has already finished the script.