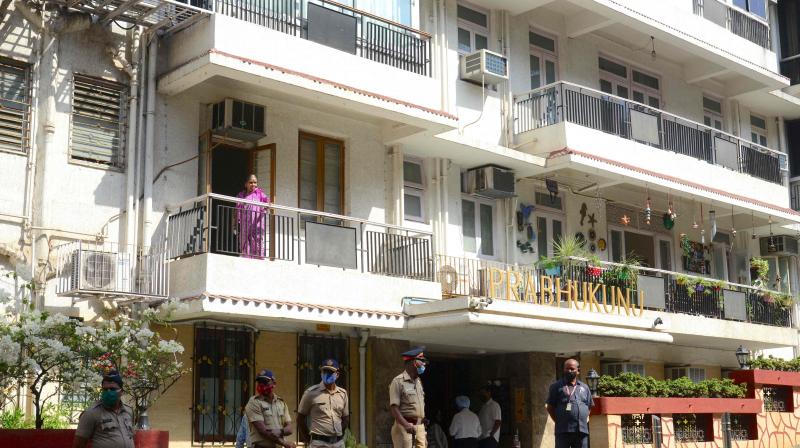 Mumbai: The mortal remains of legendary singer Lata Mangeshkar were taken from Breach Candy Hospital to her residence here on Sunday amid tight security, as a large number of her fans and well-wishers gathered outside the medical facility to catch a final glimpse of the music icon.

Mangeshkar (92) died at the hospital in the morning due to multiple organ failure.

Police had blocked the road outside the hospital to make a clear way from there to her residence 'Prabhu Kunj' on Pedder Road, which is a 2-minute drive from the medical facility.

The ambulance carrying Mangeshkar's mortal remains was escorted by a convoy of more than 10 cars, including that of Tendulkar and Thackeray.

As the convoy left the hospital, fans of the singer thronged to catch a last glimpse of her, some even stumbling on barricades that were placed to ensure security and a clear passage.

The singer's funeral will be held will state honours later in the day.