Janhvi celebrates her birthday today, a few days after her mother, Sridevi, left for the heavenly abode. 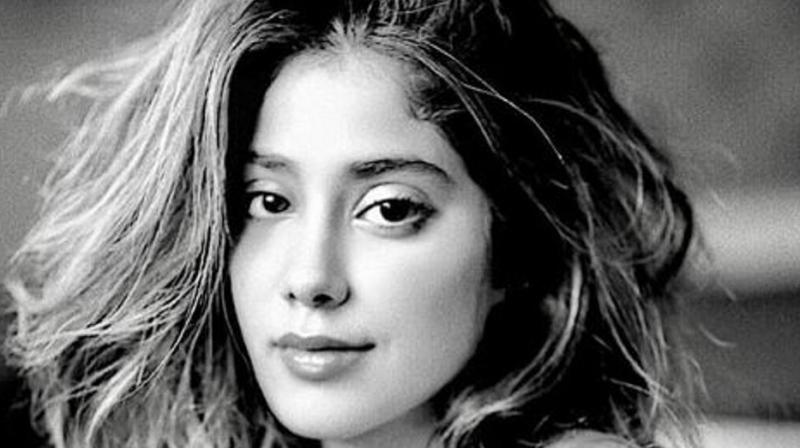 Janhvi Kapoor in a photoshoot.

Mumbai: Janhvi Kapoor celebrates her birthday today, a few days after her mother, the legendary actress Sridevi, left for the heavenly abode.

Sridevi was planning Janhvi a birthday party, which Boney Kapoor knew about. So the family is keeping a small celebration for them.

Reveals a source to Pinkvilla, "Sridevi had a few plans for Janhvi and she had discussed with Boney. Nobody knew something so unfortunate will happen before that. Despite this great loss, Boney Kapoor plans to celebrate Janhvi's birthday with the entire family being by her side. It will be a tough one for the young girl."

Adds another source, "Boney Kapoor and the family do not want anyone to give any condolences on Janhvi's birthday and they want it to be a happy day. In fact, Arjun Kapoor's sister Anshula Kapoor too will be a part of this celebration. Anshula, who is currently with Arjun in Punjab, where the actor is shooting for Namaste England, will be specially flying down to be with the family. Her tickets have been booked and all the arrangements for the dinner are being made."

Sonam Kapoor, who also broke into tears during Sridevi’s final rites, took to Instagram to wish her little one.

“To one of the strongest girls I know, who became a woman today. Happy birthday jannu,” wrote Sonam. Here’s her post:

To one of the strongest girls I know, who became a woman today. Happy birthday jannu. ❤️❤️❤️ @janhvikapoor #21stbirthday

Manish Malhotra also wished Janhvi with a photo of late Sridevi, writing, “Happy Birthday my dearest @janhvikapoor May God Bless you With Happiness Love Peace and Just Everything ..”

Happy Birthday my dearest @janhvikapoor May God Bless you With Happiness Love Peace and Just Everything ..❤️❤️❤️❤️❤️❤️

Happy Birthday Janhvi Kapoor. May you have a peaceful and pleasant one this year.