Celebrities paid tributes to the Indian cine superstar at a condolence meeting held in Hyderabad on Monday. 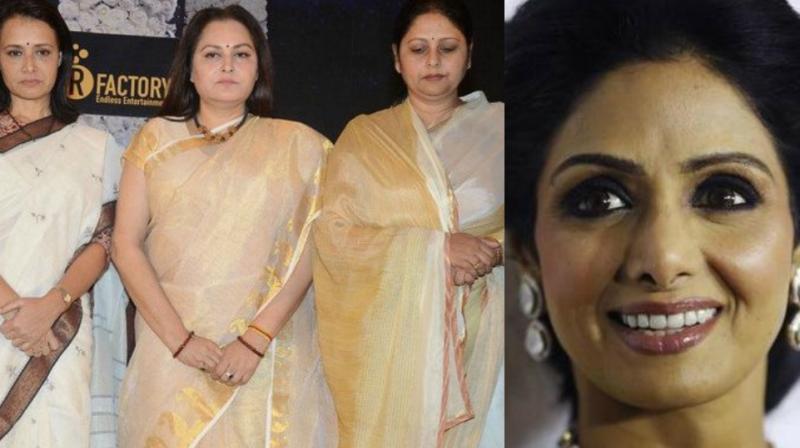 Amala Akkineni, Jaya Prada and Jaya Sudha at the condolence meet for Sridevi in Hyderabad on Monday.

Sridevi, passed away on February 24 due to accidental drowning in Dubai at the age of 54.

The career of the actor, who entered the film industry as a child artiste, acted in over 80 Telugu films.

Sridevi's career spanned for 50 years across multiple languages such as Tamil, Hindi and Malayalam.

"Sridevi, besides her great talent of acting had been a great human being in life".