Entertainment   Bollywood  06 Mar 2019  To be the first turbaned Sardar at Tussaud is a big deal: Diljit Dosanjh
Entertainment, Bollywood

To be the first turbaned Sardar at Tussaud is a big deal: Diljit Dosanjh

It is a matter of augmented pride that Diljit would be the first turbaned Sikh to get his own wax statue at Tussaud’s. 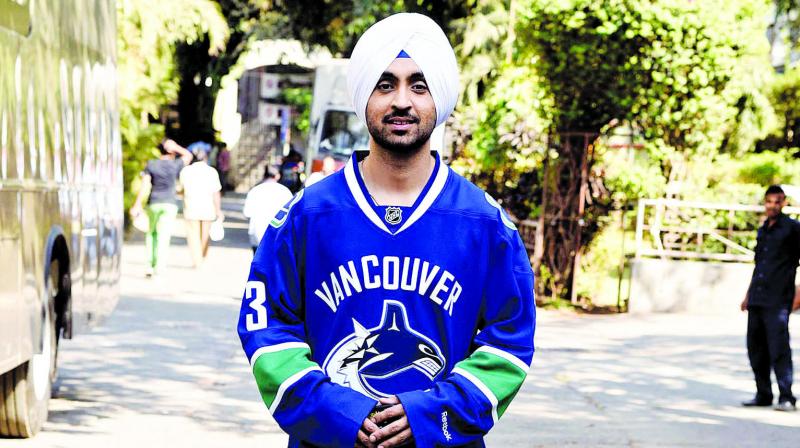 There is a piece of good news for the genial Sikh singer-actor Diljit Dosanjh. He is all set to be the first turbaned Sikh to be honoured with a wax statue at Madame Tussaud’s.

Diljit can barely contain his excitement. “I am still pinching myself. When I got that call from them (Tussaud’s) informing me that they want to make my statue, my response was, ‘Mera kyon? What have I achieved?’”

It is a matter of augmented pride that Diljit would be the first turbaned Sikh to get his own wax statue at Tussaud’s.

Says Diljit with proportionate pride, “Before me, another Sikh, Milkha Singhji was honoured at  Tussaud’s but his statue did not have him in a turban. So, I think I’m the first turbaned Sardar to be featured at Tussaud’s. I am humbled for all the love I get from all over the world.”

However, the date for the installation of the statue had to be postponed.

Says Diljit, “The day it was to happen, our army office Abhinandanji was captured. That was not the right time to do a happy event. Now they’re waiting for me to give them another date to install the statue but I am apprehensive about setting a date. Times are so volatile, you never know in the morning what will happen in the afternoon.”

Roles for Diljit, who will be seen in Karan Johar’s Good News, are intrinsically restricted. “Since I am a turbaned Sardar, I can only play Sardar roles. So, either that or producers should be willing to alter the script to accommodate my physical appearance. But, I won’t call this a restriction. It is my good fortune that I am the first turbaned Sikh to be playing lead roles in Hindi films.”

The affable Sardar who has regaled us with strong understated performances in Udta Punjab and Soorma says he is having a blast shooting with Akshay Kumar in Chandigarh for Good News.  “Shooting with Akshay Paaji is like a picnic. We’ve almost wrapped up the shooting. Kab shuroo hua, kab khatam, pataa hi nahin chala.”

So, did Akshay play his famous pranks on Diljit?

“No no. No such thing. I’ve grown up watching his films. I can’t dream of doing masti with him. But he makes everyone very comfortable on the sets. He is an inspiration to all of us.”