Kartik back in action 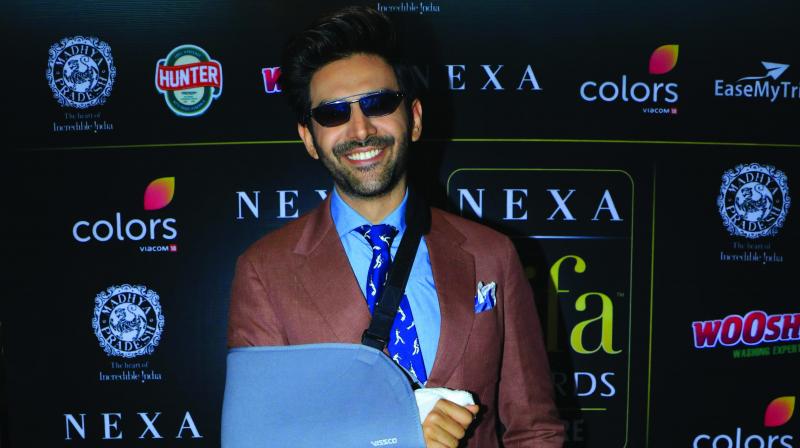 Kartik Aaryan has made it clear that he puts the ‘pro’ in ‘professional’. Even a day after undergoing surgery to treat an injury he procured while promoting his last film Love Aaj Kal, he attended a media interaction for the IIFA Awards, albeit a little late.

Explaining the injury, the Luka Chuppi actor said, “Actually, it’s a ligament tear in the right palm. This happened during the promotional campaigns of my earlier film Love Aaj Kal. I was to jump from the second floor in a college premises, and the floor was well equipped with a carpet, but the carpet slipped a bit and then I was hurt on my right hand.”

As for explaining his tardiness, Kartik said, “I have just returned from an operation that happened today. I had no time to visit the doctors owing to the shooting schedule of my next film Bhool Bhulaiyaa 2. I have just returned from its shoot. So got back today in Mumbai as had to attend the an event. I also had a date with the doctors, and I am coming straight from the hospital, so I got a little late.”

However, the actor is not too shaken up by his fall. “Its fine… whatever has to happen will happen. Now I feel that had I taken a little more precaution, this accident could have been averted. But it’s all part of the game,” he summed up.