Anupam Kher as the prime minister

The Manmohan Singh biopic titled The Accidental Prime Minister, featuring Anupam Kher, has been making headlines for quite some time now. 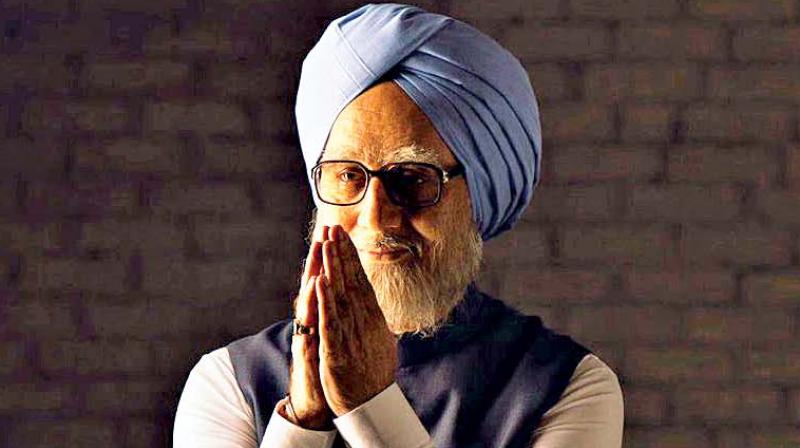 A fresh look of Anupum as the former prime minister was released leaving everyone awestruck.

The Manmohan Singh biopic titled The Accidental Prime Minister, featuring Anupam Kher, has been making headlines for quite some time now.

On Thursday, a fresh look of Anupum as the former prime minister was released leaving everyone awestruck. The released look has left people stunned at the actor’s uncanny resemblance to Manmohan Singh.

“It is being directed by a new director and the shooting has just commenced in London. We have some great artistes in the film. It’s a unique experience to work with such talents. This will be one of the most challenging films,” says Hansal Mehta, creative producer of the film.

The Accidental…. is a political drama that traces the making and unmaking of former prime minister of India Manmohan Singh.

Speaking about the project, Anupam says it is a task as an actor. “The opportunity of portraying a contemporary personality like Dr Manmohan Singh is an immense challenge for me as an actor,” he smiles, adding, “He is part of a 24/7 media era where world knows his persona minutely. I have been internalising this character for the past few months. I look forward to translating that effort into cinematic reality.”

Directed by debutant Vijay Ratnakar Gutte, the film also features Akshaye Khanna as Sanjaya Baru, the former media advisor to the prime minister. The Accidental Prime Minister is slated to release in December 21.