The superstar is also endorsing over nine brands at the moment, out of which five are underway and need to be shot. 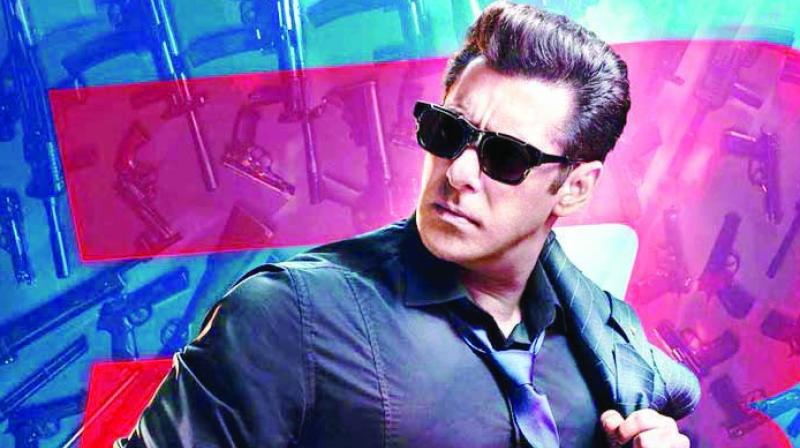 Salman Khan in a still from Race 3

With crores riding on him, Salman Khan’s sentencing in the 20-year-old blackbuck case throws up serious concerns over the monetary impact of the verdict, especially if the superstar actor fails to get bail.

The five-year jail sentence handed to Salman Khan by a Jodhpur court in the 1998 blackbuck poaching case may jeopardise Bollywood films worth Rs 600 crore, including Race 3, which will be impacted immediately. Not to forget the multiple endorsements and TV shows such as Dus Ka Dum and Bigg Boss that he was to be a part of.

Films that are hit
“Race 3 is 90 per cent complete and may be affected. The film has some substantial work in terms of shooting, dubbing and post-production and the promotions have to be done as well. Sanjay Dutt was allowed to finish films like Policegiri before he was sent to prison. People feel that Salman may also be allowed to do so under the same provision so that the producers do not suffer,” says trade analyst Atul Mohan.

Apart from Race 3, there are also other movies like the Atul Agnihotri-produced and Ali Abbas Zafar- directed Bharat and Arbaaz Khan-produced and Prabhudeva-directed Dabangg 3, which Salman was to be a part of. Besides this, films like Sajid Nadiadwala’s Kick 2 and Remo D Souza’s dance film have also been announced.

“Whatever is left of Race 3 will have to be completed soon because the film is releasing in June. Kick 2, Dabangg 3 and Bharat were yet to start, so there isn’t much monetary loss there. However, it is a huge loss to the industry and trade as he is a big star who guarantees big success,” says trade analyst Komal Nahta, adding, “Race 3 has Rs 125-150 crore riding on it. Other films won’t be stuck, but time will be lost. He may have planned it knowing that April 5 is the date of the judgement.”

“All his films make a minimum of Rs 200 crore. Three films have already been announced. Race 3 is the biggest Eid release, so approximately 600 crore are riding at the box-office,” says trade analyst Girish Wankhede.

The decision will also impact
Loveratri, the movie that was a launch pad for brother-in-law Aayush Sharma. Salman, the producer of the movie, was also supposed to feature in a song in the movie. Being unable to promote the movie can also impact its performance at the box office if he fails to get bail.

Hanging in limbo
Distributor Rajesh Thadani says, “He has close to 400 to 500 crores riding on him. He has to shoot some more portions for Race 3, which is a huge film for everyone. Besides this, he also has lots of endorsements and TV shows. Let’s see what happens, but the industry will have to face a huge loss. He would have also taken a signing amount for the films that he had announced, including Bharat, Dabangg 3 and Kick 2.”

Besides this, Salman has also shot for the promo of Dus Ka Dum, and the show is slotted to start in a few months. There is also the next season of Bigg Boss, which he has been hosting for several years now.

The superstar is also endorsing over nine brands at the moment, out of which five are underway and need to be shot. “Those commercials are also stuck. Brands will now think a lot before getting him to endorse or renew the contract or even shoot further with him as it creates a negative impact in the form of a role model,” says a brand expert, not wishing to be named.

Industry Impact
In all, over Rs 600 crore worth of films, 100 crores worth of Dus Ka Dum and nine brand endorsements worth around Rs 20 crore each are riding on Pocket Hercules’ shoulders! Trade analyst Ramesh Bala opines, “It all depends how soon he can get bail and how soon he can get back to Mumbai to work. It will immediately affect Race 3. If he spends more time in jail, it will be a big loss to the film industry.”

Veteran distributor Ramesh Sippy is however upbeat. “All these equations will come into view only if Salman does not get bail. Till that time, yes, the sword hangs over our heads.”

Trade analyst Vinod Mirani feels that the loss wouldn’t matter much to the industry. “The case is now 20 years old. It may not affect anything because I feel he will come out on bail anyway. The kind of money the industry is making these days, it doesn’t matter what amount is riding on him. People will continue to sympathise with him.”

Family, close friends keep mum
Sisters Alvira and Arpita Khan accompanied the actor to Jodhpur, but the rest of Salman Khan’s family, including his father Salim Khan, were holed up inside their house at Galaxy Apartments, while fans assembled earlier in the day. The family refused to talk when contacted and asked for time to comment. Salim Khan refused to speak when asked to comment during his morning walk.

Producers like Ramesh Taurani and brother-in- law Atul Agnihotri, who are producing the under-production Race 3 and the Ali Abbas Zafar-directed Bharat maintained a stoic silence as did Sajid Nadiadwala, who is planning Kick 2 with the actor next year. However, Jaya Bachchan, Rajya Sabha MP, commented: “I feel bad. He should be given relief. He has done a lot of humanitarian work.”

Meanwhile, Twitter has been flooded with tweets from his industry colleagues. Many are sympathising with Salman as they want to continue to be in his good books.

Saif’s at it again!
Actor Saif Ali Khan was seen snapping at his driver as he landed in Jodhpur for the court verdict, in a video that has since gone viral. As the actor got out of the airport, he was bombarded with questions from reporters about the case. A clearly frustrated Saif got into the car and told his driver, “Sheesha upar karo aur reverse kar lo warna padegi ek” (Roll up the window and reverse, or you will get a slap).