When her mother asked her why is she crying, the little girl said that it is because Salman Khan got arrested. 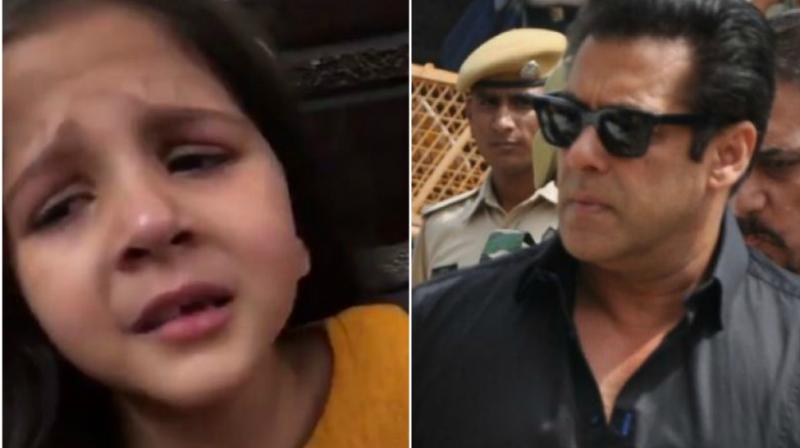 Mumbai: Actor Salman Khan was convicted and sentenced to five years in jail on Thursday in the 20-year old blackbuck poaching case.

This made his fans really disappointed and disheartened and all these fans gathered outside his Galaxy apartments after hearing the news.

One such fan Salman has is in a little girl who cannot stop crying post his arrest, because he got convicted.

When her mother asked her why is she crying and refusing to eat any food, she said that it is because Salman Khan got arrested.

She just refuses to accept that Salman Khan did something wrong and believes that explanation could do the magic and arresting him was a drastic step.

Like other fans, she also believes that if other criminals can be set free, then their God Salman Khan should not have been arrested because the fans believe he is innocent.

The little girl says she will not eat or go to school till Salman comes back, and somehow the mother convinces her to at least eat by telling her that he will be released soon. Watch the video here:

This isn’t the first time that a little girl has cried for Salman Khan. Earlier it was Suzi who cried and told Salman Khan that she loves him.