The cop saga is written and directed by the 'Kaante'-fame director, Milap Zaveri. 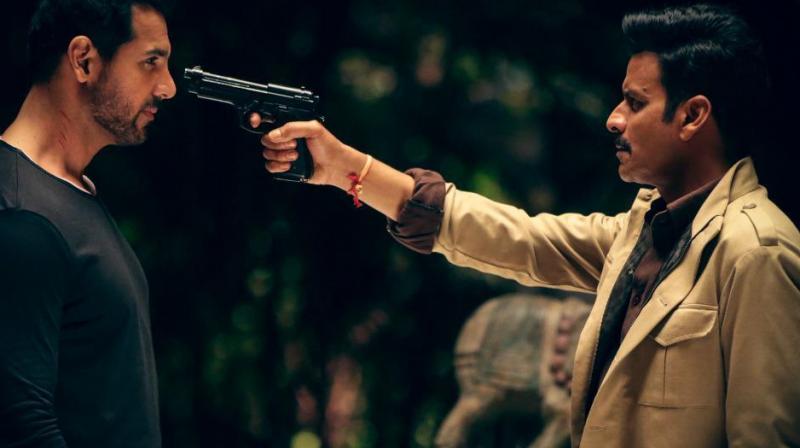 John Abraham and Manoj Bajpayee in the still from 'Satyameva Jayate' shared by the makers. (Courtesy: Twitter/TSeries)

Mumbai: The much-awaited flick, starring John Abraham and Manoj Bajpayee, has got a release date - August 15.

For the film, T-Series has joined hands with Nikkhil Advani's Emmay Entertainment to produce the film titled, 'Satyameva Jayate'.

T-series took to Twitter to share the first look of the film, "@TheJohnAbraham & @BajpayeeManoj starrer #SatyamevaJayate produced by #BhushanKumar (@TSeries) and @nikkhiladvani (@EmmayEntertain), directed by @zmilap will release on 15th August 2018.".

The cop saga is written and directed by the 'Kaante'-fame director, Milap Zaveri.