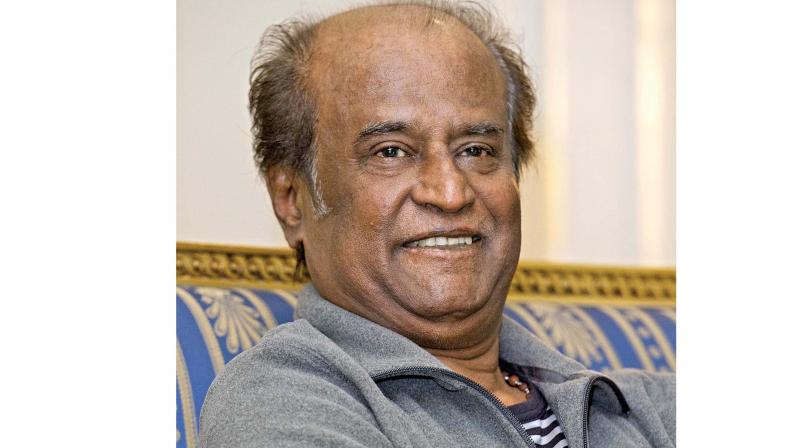 Rajinikanth starrer Kaala, which was to hit the screens on 27 April (now rescheduled) has a very heavy Marathi influence. The main antagonist, played by Nana Patekar, speaks in Marathi and is named Shivaji Rao Gaekwad —Rajini’s original Marathi name.

Another one of those character taking Rajni’s original name is Marathi actress Anjali Patil — recently seen in Newton. Having given a great performance in Marathi films as well, she features in a prominent role as one of the Marathi characters. “My character too takes her name after Rajini sir’s real name. I am named Puyal Charumati Gaekwad. I play a feisty young Tamil-speaking Marathi girl born and brought up in Dharavi,” says Anjali.

And she is quick to clarify that her character has no romantic involvement with Rajini’s character. “Huma (Qureshi) plays his romantic interest. I have a very interesting stand-alone part,” she smiles.

However, Anjali is reluctant to reveal too much about her character. “This film is very different from Rajini sir’s usual films. It has a strong political message. I play a character that propels the plot forward. So I can’t crib about getting a raw deal. Because I got to do exactly what I was promised by Pa Ranjith (director), nothing more, nothing less. I’ve some very powerful scenes. Some of them with Rajini sir,” says Anjali.

Talking about what she found most interesting in the film was its heavy Marathi influence. “We shot half the film in Maharashtra and the other half in Tamil Nadu. It does have a strong Marathi element in the storytelling. That’s why I was chosen,” she says.

The actress reveals the director saw me her in her Sri Lankan film Oba Nathuwa Oba Ekka and decided to cast her.

Apparently Rajnikanth had the final say in the casting. And he thought Anjali suited the role of a feisty Marathi girl. And she is awed by Rajini’s stardom.

“I found the adulation, reverence and hero-worship fascinating, but nothing that I’d ever want for myself. For me acting is not about adulation. It constantly means to grow and evolve as a human being,” she says, adding “Currently I am learning how to play a musical instrument called the Hang. And I am writing my own script which I plan to direct soon.”

Recalling her experience of working with Rajinikant, she says, “He is so down-to-earth, always attentive. One never felt intimidated by his stardom because he never allows it to impinge on his day-to-day life. We all need to learn from his humility and sincerity.”