Salman was convicted and sentenced to five years in jail on Thursday in the 20-year old blackbuck poaching case. 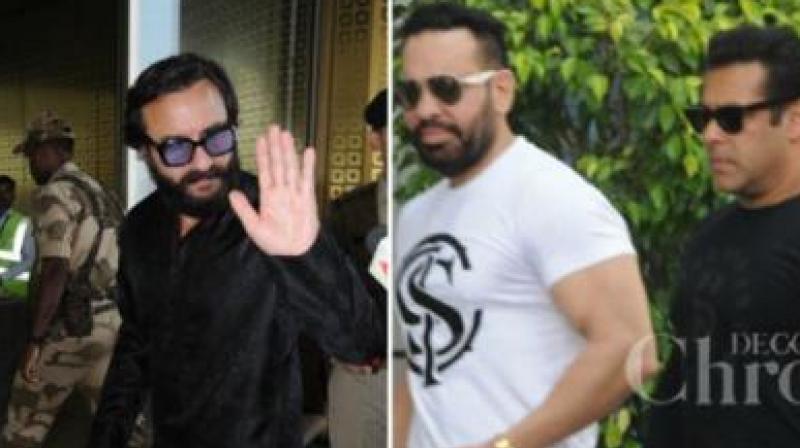 Salman Khan, Saif Ali Khan at the airport before leaving for the blackbuck poaching case verdict in Jodhpur.

Mumbai: Actor Salman Khan was convicted and sentenced to five years in jail on Thursday in the 20-year old blackbuck poaching case.

Shortly after the sentence was pronounced on Thursday, Salman Khan was taken to Jodhpur Central Jail.

Salman spent his first night at the Jodhpur Central jail as prisoner number 106. He was served simple dal-roti which he did not eat.

Salman, the main accused in the case and who was driving the car that night, was also fined Rs 10,000 by CJM Dev Kumar Khatri.

Convicting the actor, a judge in Jodhpur court emphasised that the "accused is a film star and people look up to him".

His co-stars and co-accused Saif Ali Khan, Tabu, Neelam and Sonali Bendre, who had accompanied the actor that night, were acquitted by CJM Dev Kumar Khatri.

Also read: Salman Khan in jail: Rs 1,000 Cr rides on him in Bollywood

All the actors returned back to Mumbai, and soon after, an eyewitness claimed that it was Salman’s ‘Hum Saath Saath Hain’ heroines Tabu and Sonali Bendre Behl who provoked him to pull the trigger, thus killing the blackbuck.