The Defence will argue that eyewitness account is not reliable and the 5 year punishment is too harsh. 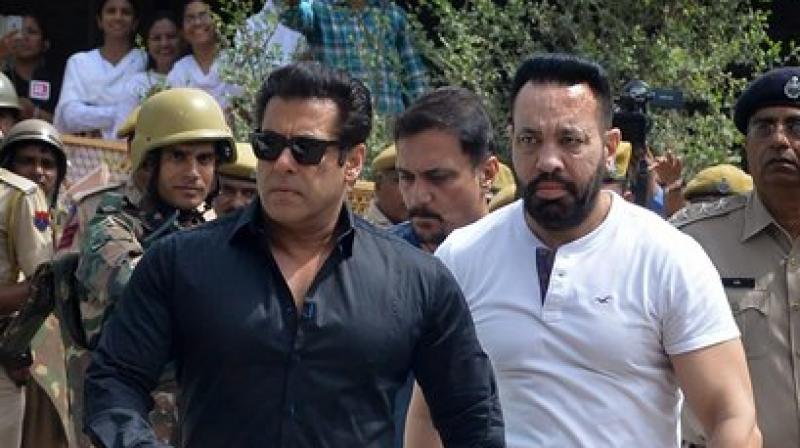 Mumbai: The Jodhpur Court handed Bollywood superstar Salman Khan a 5 year jail term in the blackbuck poaching case. Bollywood actor Salman Khan was charged under Section 51 of the Wildlife (Protection) Act and the other actors were charged under Section 51 read with Section 149 (unlawful assembly) of the Indian Penal Code. His co-stars and co-accused Saif Ali Khan, Tabu, Neelam and Sonali Bendre, who had accompanied the actor that night, were acquitted by CJM Dev Kumar Khatri.

According to News18 reports, the defence has already submitted its 51 page argument in the Sessions Court and they are all set to put forth a very strong argument. They will argue that the eyewitness, Poonam Chand’s account is not reliable. Salman’s team of lawyers are also going to mention how Poonam Chand was two kilometres away and how he could never have reached the alleged crime spot in a matter of minutes, after hearing the gun show.

They will also add how there is lack of evidence and gun residue at the scene of crime, so it is clear that the blackbuck was not killed by a gun shot. The defence will further add that the actor is paying price for being a celebrity and the 5 year jail term is too harsh.

Jodhpur Sessions Court today reserved order of Salman Khan's bail plea till Saturday in the 1998 blackbuck poaching case. Khan will have to spend one more night in the Jodhpur Central jail.