Salman Khan killed the blackbuck because of Tabu and Sonali's dare, claims eyewitness

Salman Khan has been convicted for the killing of blackbuck in 1998, during the shooting of ‘Hum Saath Saath Hain’. 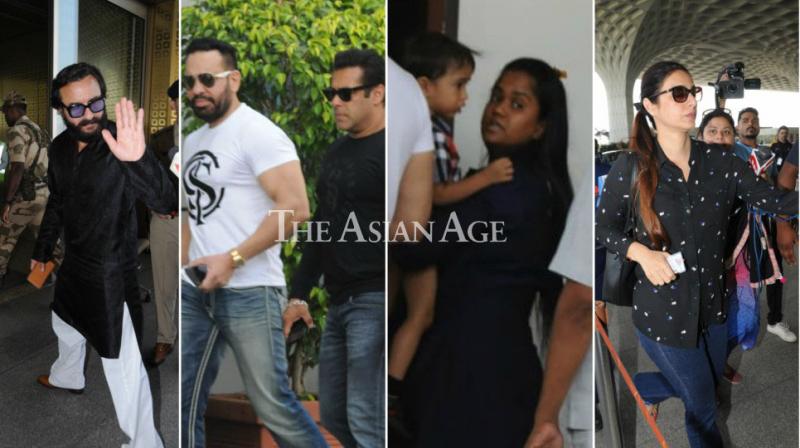 Salman Khan along with his 'Hum Saath Saath Hai' co-stars Saif Ali Khan, Tabu and Sonali Bendre Behl, had left for Jodhpur to hear his verdict on the blackbuck case.

Mumbai: Salman Khan has been convicted for the killing of blackbuck in 1998, during the shooting of ‘Hum Saath Saath Hain’.

His other co-stars Saif Ali Khan, Tabu and Sonali Bendre Behl were let free, but according to an eyewitness the women were equally responsible for the crime which took place 20 years back.

The eyewitness told a reporter of CNN News 18 that it was Tabu and Sonali Bendre Behl who provoked Salman Khan to pull the trigger.

The conversation between the reporter and the eyewitness goes something like this:

Reporter: We have the eyewitness who saw Salman Khan pull the trigger and has been claiming that since 20 years now. What happened then?

Eyewitness: I heard a bullet, saw the blackbuck running and I came running.

Reporter: Who pulled the trigger?

Eyewitness: Salman Khan did. Sonali Bendre (Behl) and especially Tabu told Salman Khan that since you came so close, now shoot the blackbuck.

Reporter: But in the post-mortem, one of the doctors said that the blackbuck died because of falling in a pit.

Eyewitness (laughs): Can any blackbuck die by falling in a pit?

Interestingly, in an earlier interview to NDTV (2009), Salman Khan had said that he was not the one who shot the blackbuck, and in fact he was feeding them biscuits.

Also read: Salman Khan in jail: Rs 1,000 Cr rides on him in Bollywood

Anyhow, Salman is now imprisoned and will have to spend another night in the court as his bail hearing will take place tomorrow.