Not much changed post-Raazi: Soni Razdan

Soni has now hit the theatres with No Fathers In Kashmir, which went through a lot of trouble to get a commercial release. 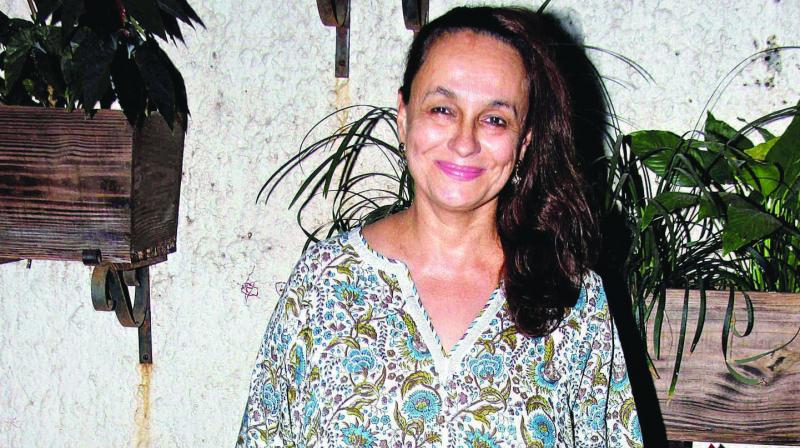 Veteran actress Soni Razdan,  who was last seen in Raazi with her daughter Alia Bhatt, reveals that she didn’t get too many offers after the release of Meghna Gulzar’s film.

“Not much changed post-Raazi. I didn’t get too many offers. There are very few roles that are written for women of my age,” said Soni.

However, she believes that it’s the digital platform which is giving space to the actresses of her age. “Yes! We will get a lot of work in the digital space. I have just finished a series for Alt Balaji called The Verdict. I am hoping to do more stuff for the web. The kind of actor that I  am, these are the roles that work for me,” said the 62-year-old actress.

Soni has now hit the theatres with No Fathers In Kashmir, which went through a lot of trouble to get a commercial release.

When asked if she would have preferred to see this film releasing directly on the digital space, she said, “I am happy the film is releasing in theatres. There is an element of fun and happiness in releasing films in theatres. The digital space is becoming more and more relevant; people are watching a lot of stuff on the web. However, nothing is lost to mankind if the film doesn’t release in theatre. But at the same time, it is always wonderful to have a theatrical release, a lot of filmmakers desire that. The way we make films, we want people to come to theatres. Hats off to Ashvin for making this film as at that time, when Kashmir was in a very bad space, the valley was almost shut. It was difficult to shoot there and to release the film after the censor board issue.”