The movie made Rs 4.03 crores on its opening day at the box office 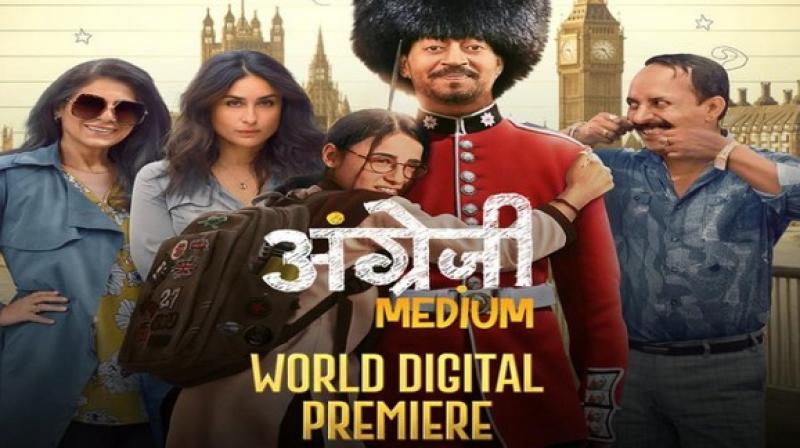 Actor Irrfan Khan on Sunday announced that his comedy-drama 'Angrezi Medium' which hit the theatres on March 13, but had a short run due to the coronavirus crisis, will now get a digital release.

The 53-year-old star took to Twitter to share the information about the release of his movie on a streaming platform.

The movie made Rs 4.03 crores on its opening day at the box office.
Its first-day collection was severely affected following the closure of cinema halls in several states due to the coronavirus threat, according to film critic Taran Adarsh.

'Angrezi Medium' is a sequel to the 2017 hit film 'Hindi Medium', which starred Irrfan Khan and Saba Qamar in the lead roles.

The movie also features Kareena Kapoor Khan, Radhika Madaan and Deepak Dobriyal in pivotal roles. The film has been produced by Dinesh Vijan.