Entertainment   Bollywood  06 May 2017  I’m not doing this to win any race, says Sonam Kapoor
Entertainment, Bollywood

I’m not doing this to win any race, says Sonam Kapoor

Sonam looks forward to working with a few more directors, because for her, it’s all about the journey. 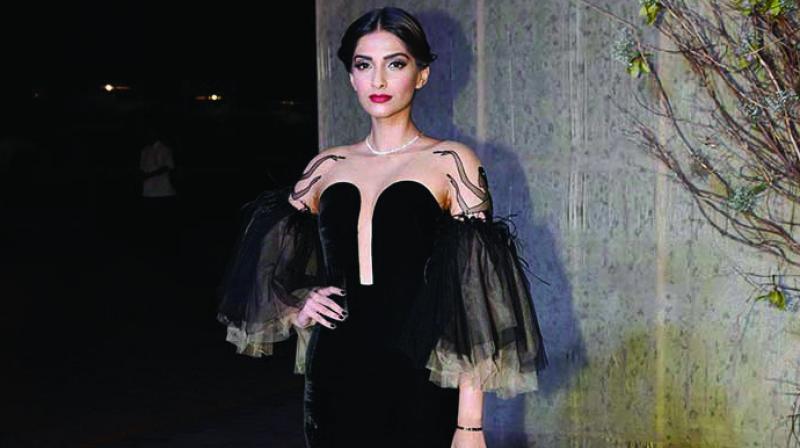 Sonam Kapoor is on cloud nine after winning the National Award - Special Mention  (Feature Film) for Neerja. However, unlike other actors, she is in no hurry to sign up films just to beef up her filmography. The actress believes in taking her own time, and makes it clear that she is here to stay. Sonam says, “I’m not doing this to win any race or become the biggest actor of all time. This is my bread and butter.” She adds that she doesn’t believe in working till she’s in her 30s, getting married, and suchlike. “This is my job and I love acting. If I become a star, it will just be a by-product; of course, it’s a great by-product that gives me a platform to be who I am,” Sonam says, adding that she is not running after anything in the industry but is here to stay and the only way to do that is by not burning out.

Sonam has come a long way and on her own terms after kick-starting her career with Saawariya. The actress confesses that she has absolutely no regrets in her career so far.

Sonam looks forward to working with a few more directors, because for her, it’s all about the journey. “I learn from everything. There are choices that may not work out but you learn from them and evolve,” says Sonam.

Sonam is just as self-assured when it comes to the matter of being trolled. “I’m here and I’m living a fairytale life. I don’t know those nameless, faceless people on the other side of the screen who don’t have the courage or confidence to show who they are.” She is aware of the negativity that being in an enviable position and phase like hers can bring. “There can be envy and negativity because they want to be where you are. You need to take that on the chin and go with it,” says Sonam who made heads turn and looked every bit a stunner in a green Anamika Khanna outfit while receiving the National Award.

Will the National Award now make her more mindful of her film choices? “I have always been careful about my films since Raanjhanaa was a film where I believed that anything you choose to do or need to do should be with passion. I don’t want to wake up in the morning and be unhappy to go to work.” Ergo, anything the actress does is with all her heart. “Whether something works or not is not in my control. It’s up to the audience and critics,” she says.

The film that has fetched her the prestigious National Award, Neerja, was not only a game changer for her and but also for the industry. “I have never seen so much support where people are really rooting for me. It makes me believe when you speak about human spirit, human compassion and when you show the best version of yourself, people recognise it,” Sonam signs off.