While these are people who are well known among the youth, they also instill hope in people. 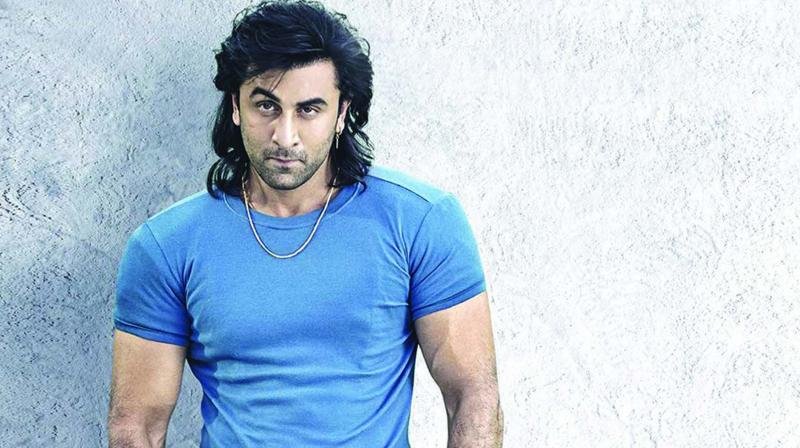 Time was when biopics used to be made on people in their twilight years and mainly focused on big achievers. However, there has been a shift in recent years as Bollywood biopics are telling  tales of young achievers and interesting people who still have a long way to go in life. Films on Sanjay Dutt, Saina Nehwal, M.S. Dhoni are few examples. We find out how this trend is evolving.

A wave of change

Film critic Mihir Pandya believes that one has to look at it in the larger perspective of Hindi cinema’s changing approach towards non-fiction material. He says, “For the most part in history, our popular cinema has avoided real life stories specially if they deal with contemporary historical events. Partly this was because of avoiding controversies and copyright wars, and partly  because of our inconsistent and flawed censor regulations. This was totally unlike Hollywood which has a rich tradition of making grand movies on real life events and people.”

But this trend is changing in recent years. “More and more movies are being made on real life stories. Films like Talvar, Airlift, Dangal and PadMan are examples of this changing trend. We are now in an information age and this also relates to our audience’s better exposure to world cinema.”

But he also adds that after commercially successful Bhaag Milkha Bhaag and Mary Com, films on our nation’s sports heroes’ lives are the ‘in thing’ in Bollywood. “These stories often suit Bollywood because of the mix of patriotism and entertainment which is tailor-made for Bollywood masala template. Filmmakers are approaching young sports achievers after seeing the commercial value in their stories. Plus, the hesitation of making something on a recent real life event is gone. We are now in a much more exciting time in Hindi cinema as far as the content goes.”

While these are people who are well known among the youth, they also instill hope in people. Actor Anurita Jha, from Gangs of Wasseypur, says, “There is no time and age to be successful, sports people retire mostly young so it’s but obvious that a biopic on them can definitely be made and a great story must be told for youth to get motivated and derive inspiration from. Every story has its own journey. When someone finds it interesting, it’s made.”

She also shares that it all depends on someone interested in making it and how comfortable the person is to open their lives. “Padman, Dhoni and Mary Com are true inspirations, it’s good that they are made, cause they are people who live amongst us and represent youth. They make us feel if they can, we can achieve success like them too,” she adds.

Actor Aparna Sharma shares the same opinion. “Of course, the trend has shifted because there’s a lot of value there. In this age of digitalisation we have seen how our youth is coming up with their sheer creative talent and making it big. And also, it’s inspiring for the younger generation to see someone young make it big. They can do it, so can we,” she says.

Director Anil Sharma on the other hand believes that these stories are being made as they are almost like ready-made scripts.  He says, “People are searching for stories and it is ready material. You get all real scenes. Whatever these people have achieved, be it Saina or Dhoni, haven’t got it easy. There has been immense struggle and because these are success stories they act as a source of inspiration and people enjoy watching it. There is no pressure on the director in case of a biopic. In fact these are easy to make.”

However, he adds, “Pressure comes when there is an original story and efforts are double. As you have to make sure that everything looks natural, right from the character to creating a story and life, unlike biopics. To make a biopic of a person who is alive is easy as opposed to the ones that are gone. For the one present, you get the first hand account of incidents. I think it is a good trend in Bollywood. Firstly, because there is less work involved. Secondly, more reality, thirdly, people get inspired and fourthly, it is a story of success.”

Achievements can’t be measured by one’s age, it doesn’t matter. “But with the young achiever the fact is people know them, they are fresh in people’s memory. At the same time they have a market of their own, it is like a business proposition. And an insight into their lives always attracts audience,” he says.

But it is also not a bed of roses to make such films. The main pressure for the filmmaker is to make the film authentic and real and at the same time keeping the entertainment quotient in mind, shares Actor Aparna Sharma. “It has to be dramatised for cinematic appeal yet kept as real as possible. Also, casting is a crucial part for a Biopic; to cast a commercial and saleable actor who would take the scale of the project high but far fetched from the real character in terms of physicality  — as we saw in Padman or Hunt — and cast a newcomer who would resemble the real  person but would be no selling point.”

Actor Mustafa also believes while biographies motivate everyone, “But the filmmakers must be under a lot of pressure researching about the subject’s life and the most difficult part  as an actor is to portray the character. It is a new challenge altogether,” he says.