Salman says he hasn’t seen the movie Little Boy but adds that director Kabir Khan has. 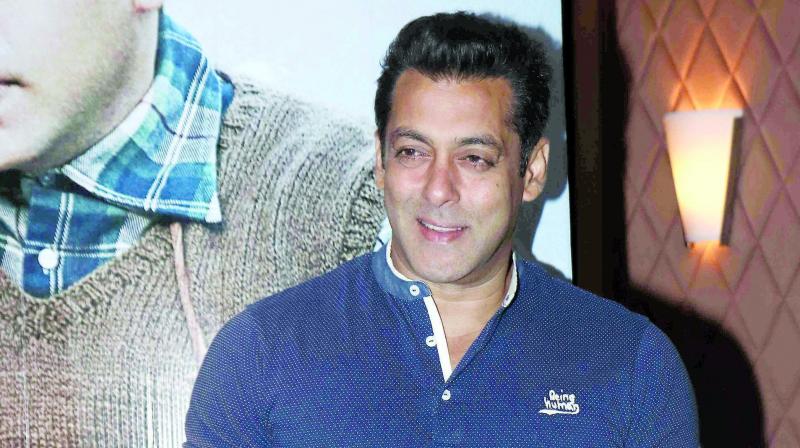 Salman’s next home venture, Tubelight, has got everyone taking notice.  And when bhai talks, you most definitely pay attention.

“I am a big tubelight. When I compare myself to the way I was the previous year, only then do I realise the difference between then and now. As we grow older, we think about our memories and understand how simple life was when we were kids. Today I am in my 50s, and I have seen life, yet I cannot replicate that innocence of my childhood. I am happy this character allowed me to bring back my childhood persona,” says Salman in his trademark style.

Salman says he hasn’t seen the movie Little Boy but adds that director Kabir Khan has. “Tubelight is not set against the war backdrop. It is, in fact, about the emotional upheavals that the army families go through. It is about all those jawans who go missing in the line of duty. It is about a father-son relationship. Keeping that central, Kabir has done his own thing. In the film, this little boy grows up intelligently, but I have miles to go,” he adds with a smile.

Ask him if being a writer’s son has benefitted him as an actor, he answers in the affirmative. “Yes, being my father’s son, I do have an inkling about how a likeable story should unfold. The audience is intelligent and won’t be fooled by some well-choreographed action sequences. The story must connect emotionally. Everyone feels they are making a Sholay or a Mughal-E-Azam, but that’s where they go wrong. I have not yet gone that route, thankfully. In case I have flops back to back, then I will need to rethink my strategy. But yes, every film has its destiny. You never know what Tubelight has in store for all of us,” he says in all honesty.

Salman likes positive stories. “I always prefer the story of an underdog. I like tales that are rags to riches, or even about unsung heroes. I avoid negativity in real and reel life.”

Talk about Zhu–Zhu in Tubelight, and he lights up. “She is a cool girl, a thorough professional actress. No tantrums and we shared a good chemistry on screen.”

Ask him if he thinks Bollywood actresses throw tantrums, and he replies, “I have never had that experience with any of my co-stars. But yes, I have heard stories of actors throwing their weight around.”

Question him on his easy camaraderie with his ex-girlfriends, and he haughtily replies, “Perhaps the distance made them realise I am not so bad after all.”

Salman’s take on social media is somewhat stringent. “I have stopped reading Twitter. I wanted to discontinue it, but my PR team advised against it. If they were my fans, they would have an identity. Are they so ashamed of who they are that they hide behind a nameless face? We did track a few of them down, but did not reveal their identity as we didn’t want to ruin their future. It would hurt their parents the most. We all need to take a step back and be ourselves. If we err, say sorry and move on, else social media will become a monster. Being faceless is not brave.”

Talk about Shah Rukh doing a cameo in Tubelight, Salman gushes, “I am happy he is a part of my film. His character brings about a turning point in the movie,” he adds.

Lastly, when asked about his Marathi venture with Reitesh Deshmukh, he smirks. “I have announced that I will work with him in his next Marathi film, now the ball is in his court. I am keen on doing Marathi films. He has to come up with something,” he signs off.