Watch: Rakul Preet Singh mobbed by street urchins and here's what happened next

The actor has recently faced difficulty when she was mobbed by street urchins outside a restaurant in Mumbai. 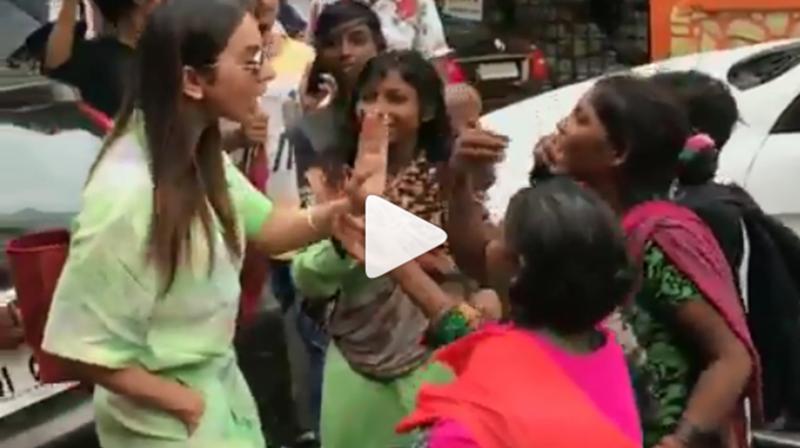 Mumbai: Rakul Preet Singh is currently on cloud nine as her latest Bollywood film, 'De De Pyaar De' also starring Ajay Devgn and Tabu, did solid business at the box-office. The actor has recently faced difficulty when she was mobbed by street urchins outside a restaurant in Mumbai.

While coming out of a food outlet, Rakul was mobbed by street urchins and after they came closer to her, she got annoyed. Paparazzi captured the whole incident as a video of Rakul went viral on social media.

In the video, one can see, street kids, trying begging money from Rakul. The actress, who donned a floral green jumpsuit teamed up with sunglasses, was trying to behave nicely with the kids. However, 'Yaariyan' actor later got annoyed as the urchins tried to take money from her pocket. After that, Rakul's team member came to her rescue.

Well, this is not a new thing for B-town celebs as they often get mobbed by the locals. On the work front, Rakul Preet will next be seen in Nagarjuna’s Telugu film Manmadhudu 2 and Marjaavaan along with Ritesh Deshmukh.