The actor calls his ex-girlfriend 'a mad girl' and wants her to prove all the allegations made against him. 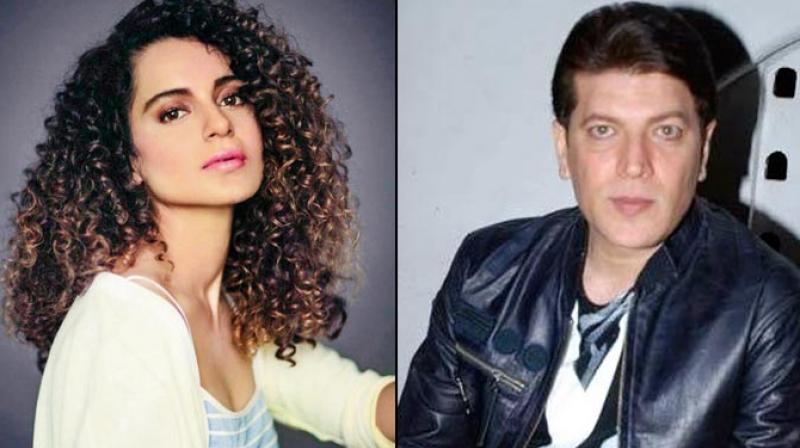 Kangana Ranaut and Aditya Pancholi's affair makes headlines once in a while.

Mumbai: While Kangana Ranaut is always known for her outspoken nature, the actress perhaps gave her most explosive interview in recent times.

Kangana’s appearance on Rajat Sharma's 'Aap Ki Adaalat' has become the talk of the town of late.

Her controversial comments against Hrithik Roshan, accusing him of harassing and stalking her post their break-up in 2014, refusing to marry her post his divorce and demanding his apology over the entire row, has been all over media, and that’s perhaps why her comments against Aditya Pancholi have largely gone unnoticed.

While it a known fact that Kangana was in a relationship with the much married Aditya Pancholi during the initial phase of her career, things turned sour between the two when the latter allegedly turned physically abusive towards her.

Kangana has often stated that at the age of 17, she was beaten till she bled by a person her father’s age, and while people could easily guess it, she had never taken Aditya’s name.

Kangana also made fresh allegations against him that he kept her under ‘house arrest’ after he provided her with a rented apartment. She also revealed that when she contacted his wife Zarina Wahab, she said the house was peaceful without him as otherwise he would raise his hand on domestic workers, among others and she couldn’t help the actress.

Kangana added that when she decided to approach the police, Aditya threatened to finish her career. Despite the threats, she filed an FIR, and despite Aditya using all his contacts to destroy her career following that, she said she redeemed herself and brought herself up.

She also shared that Aditya had made duplicate keys to her apartment and once when he arrived, she jumped from the first floor, hurting herself, but still managing to book a hotel room for herself.

The actress said that she was shocked when Aditya landed there too. She also revealed that amid Aditya’s constant harassment, Kangana’s ‘Gangster’ director Anurag Basu hid her in his office for 15 days.

She also claimed he said incorrect things about her, but police intervention in the case finally helped close the chapter.

Aditya has finally responded to the allegations and called her a ‘mad girl’, adding that he plans to take legal action against her.

“She is a mad girl, what to do, did you see the interview? Didn’t you feel like some mad person was talking? Who talks like that? We have been in the industry for so long, nobody has ever spoken anything so evil about anyone. What should I say, she’s a mad girl. If you throw stones in mud, it will only spoil your clothes,” Aditya told Bollywoodlife.com

However, Aditya is also genuinely concerned and worried for her. He stated, “I am just hurt, and in all this controversy. I am so worried about her, she is such a good actress. God has given her so much, she should be grateful about it. She should be now more humble and nice to everyone. According to her, the entire world is villain and only she is nice.”

Hope we don’t see legal notices and police complaints being slapped against each other between Kangana and Aditya now, like we saw between her and Hrithik.