Did a simultaneous release hurt both War and Sye Raa? 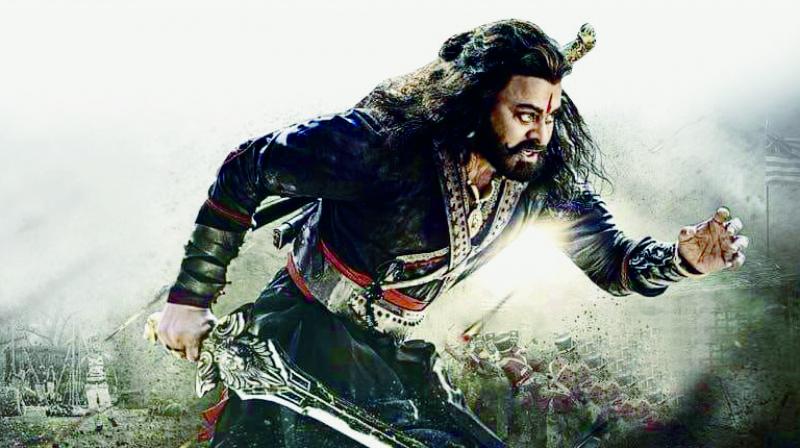 After a spectacular Gandhi Jayanti opening, the collections of War and Sye Raa Narasimha Reddy dropped drastically on Day 2. While trade experts say this is an expected fall as October 2 was a national holiday and October 3 was a regular working day, multiplex owners say a drop of 55-60 per cent on Day 2 isn’t considered healthy by any yardstick.

“Day 1 was huge as it was a national holiday and a dry day but day 2 was a working day. A drop in the range of 50 per cent on the first working day after Sunday is considered normal but here we saw a drop of more than 70 per cent in the morning shows although the evening shows had better occupancy. The film got a better reception in a few pockets like Hyderabad and Kolkata but not elsewhere. The reviews are also mixed,” says trade analyst Atul Mohan, who also blames the high ticket prices.

“The prices could have been controlled for the second and third day to maintain the footfalls and could have been hiked over the weekend once again. Sye Raa is a great film but the noise of War was too loud to hear it. But it will do phenomenal business down South,” he predicts.

Meanwhile, the Hollywood Batman franchise took many by surprise. “Joker was the surprise element of the week — squeezing itself between two giants and making comfortable space for itself and dominating there,” comments Atul.

However, trade pundit Amod Mehra bluntly observes, “I’d say it was a bad release. They released War on October 2 just to cash in on the national holiday, despite the next two days being normal working days. Now, with the fall in collections, it appears that the film failed due to its content. They should have had special paid previews on  October 2 and a normal release from Friday onwards. Today, people are not interested in only action.”

However, analyst Girish Johar feels that the falling collections are normal. “A 50 per cent fall on a working day on Day 2 after a national holiday is considered normal. After experiencing a mega start and a combined collection of over `100 crores, Day 2 box-office trends are definitely in the expected zone. The two films have been loved by audiences all over and both have a long way to go in their respective regions. Despite their huge budgets, their box-office collections have definitely placed their makers in a comfort zone,” believes Johar.

While trade analysts don’t seem too concerned about the drop in collections, multiplexes are describing it as ‘drastic’. There are even reports of shows of the Hindi version of Sye Raa Narasimha Reddy being dropped in Delhi.

Could it be that all the three movies releasing on the same day dented each others’ fortunes? That certainly seems to be the case.