Love and kisses and birthday wishes

Anushka shared some PDA-filled pictures on her social media account 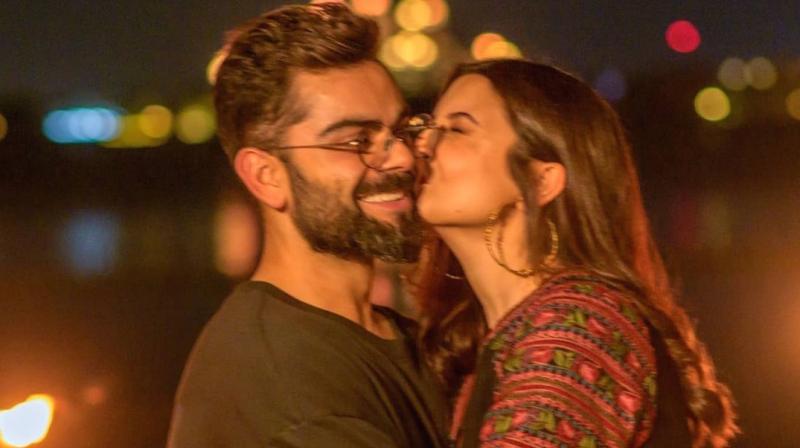 The Team Blue Captain Virat Kohli turned a year older on November 5. The Royal Challengers Bangalore skipper celebrated his special day in Dubai with the IPL team players and wife Anushka Sharma. The birthday bash wrapped up, Anushka then shared some PDA-filled pictures on her social media account. The pictures show her dressed in a black and pink attire, looking radiant in her pregnancy glow, even as Virat can’t seem to stop gushing over her. Priyanka Chopra Jonas, Sonali Bendre, Rakul Preet Singh, Tahira Kashyap, Mouni Roy and Dia Mirza were among many others who sent their wishes to the couple.