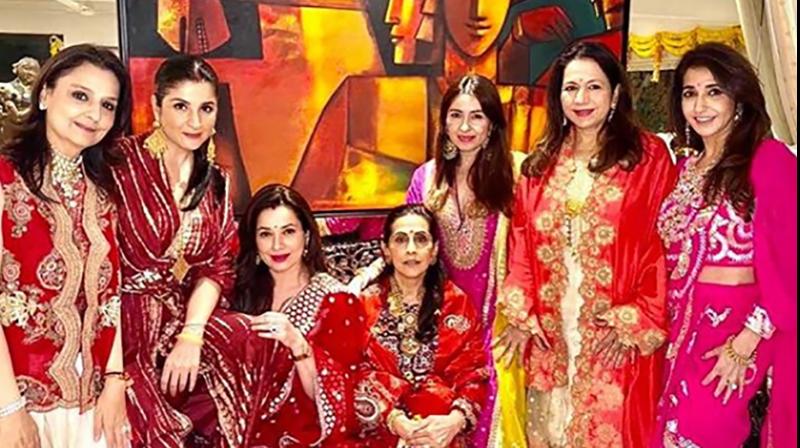 Former actress Neelam Kothari Soni shared a group picture of women braving the Covid-19, at the annual Karwa Chauth celebrations organised by Anil Kapoor’s better half, Sunita Kapoor. “Thank you, Sunita for having us over in spite of being paranoid,” read her caption.

Actresses, former actresses, actress wives and women from Bollywood and beyond converged to celebrate in real what the reel portrayed in films such as Dilwale Dulhania Le Jayenge, Hum Dil De Chuke Sanam, Kabhie Khushi Kabhie Gham and Baghban.

The 63-year-old actor Anil Kapoor too came out once to pose for the shutterbugs on popular demand.

Others who shared pictures of their Karva Chauth celebrations on their Instagram accounts included Salman Khan’s sister Arpita Khan Sharma, Priyanka Chopra Jonas and Kajol. Kareena Kapoor Khan also celebrated the day with the women of the Kapoor family and shared a picture on social media.