Varun took to social media to welcome Shraddha on board in his own quirky way. 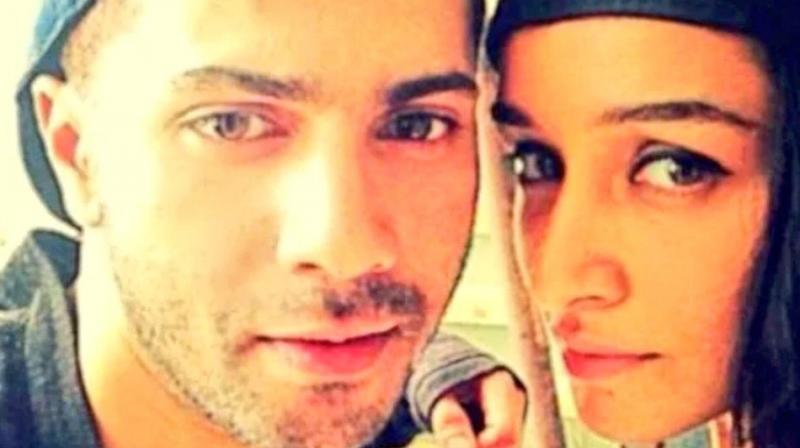 Shraddha Kapoor and Varun Dhawan to star together in ABCD 3. (Picture Courtesy: Twitter/@Varun_dvn)

Mumbai: Katrina Kaif recently chose to take exit from director Remo D'Souza's forthcoming dance flick 'ABCD 3' due to prior commitments with Bharat. Since then the speculative stories on the new female lead have been pouring in. Names such as Jacqueline Fernandez, Nora Fatehi, Kriti Sanon and Sara Ali Khan were doing the rounds for the female lead.

Putting all the gossips at rest, the male lead of the movie Varun Dhawan took to his Twitter to confirm that his ABCD 2 co-star Shraddha Kapoor has got on board. The 'October' star took to Twitter to welcome Shraddha in his own quirky style by calling 'chirkut', her funny pet name given by him. Varun tweeted: tweeted: "❤️❤️❤️👟 welcome home chirkut @ShraddhaKapoor"

The makers have dubbed the project ‘India's biggest dance film’, which reunites Varun, Shraddha and Remo and other members of the cast like Prabhudeva, Dharmesh Yelande and Punit Pathak have also been confirmed as a part of the cast along with Raghav Juyal.

The movie is scheduled to hit the screens on November 8, 2019, and is produced by T-Series honcho Bhushan Kumar.