The actress is currently home, waiting for the crisis surrounding protests against Padmavati in Jaipur to be resolved. 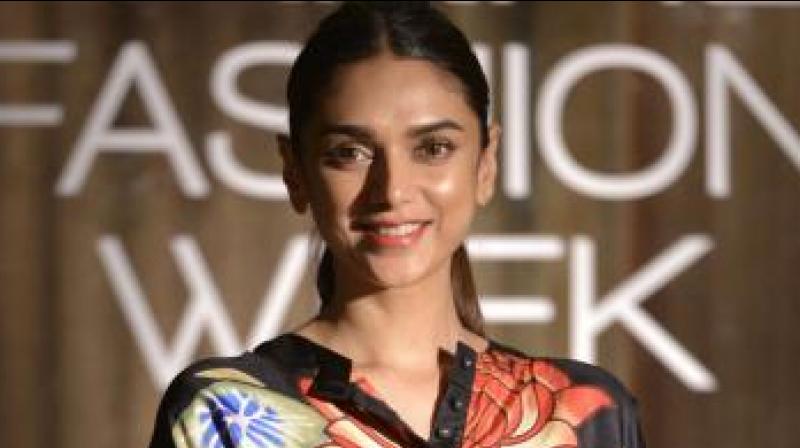 For a girl with no Bollywood connections at all, Aditi Rao Hydari has made fabulous headway into the industry. With stalwarts such as Sanjay Leela Bhansali and Mani Ratnam directing her simultaneously, the actress couldn’t have asked for more.

Aditi isn’t smug about her achievements, though. “There’s so much more to do,” she sighs, nursing a throbbing head and a clogged nose on a feverish afternoon. “I agree; working with Mani sir and Sanjay sir is every actor’s dream come true. When I think of how much I’ve learned from them, my eyes well up.”

She asserts that the two filmmakers have been on her wish list for the longest time. “I remember when I had come to Mumbai, I was this lost waif, trying to find my way around. My best friend, who has remained my closest confidante over the years, asked me my wish list of directors. I vividly remember I mentioned three names — Sanjay Leela Bhansali, Mani Ratnam and Vishal Bhardwaj. I’ve already got two of those names, I hope to now get Vishalji to direct me.”

How different was the experience of working with the two directors? “Sanjay sir and Mani sir are very different creative artistes. I mean, they’re poles apart. My journey with both of them was very different; but the destination was the same — perfection — or as close as humanly possible to get there.”

The actress is currently home, waiting for the crisis surrounding protests against Padmavati in Jaipur to be resolved. “What has happened is very distressful,” Aditi says. “Sanjay sir is a true artiste and a responsible artiste. He would never do anything to hurt anyone’s sentiments. It’s sad that instead of granting an artiste of his calibre the freedom to fly, some try to clip his wings.”