Roohi and Yash Johar’s birthday, a kids-only do 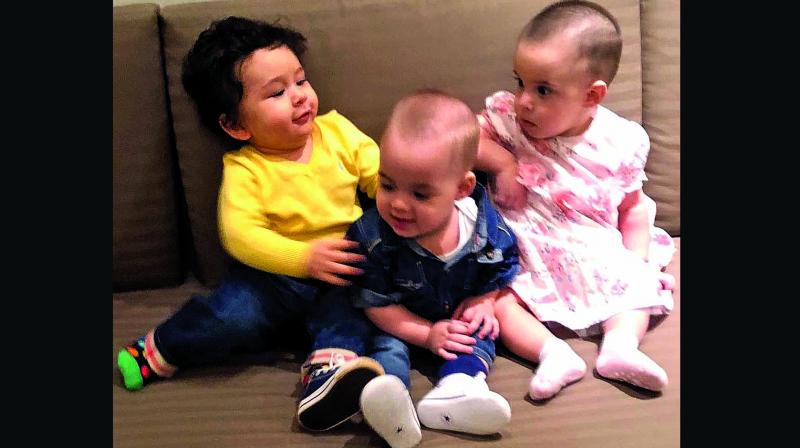 Yash and Roohi with Taimur

Roohi and Yash Johar’s first birthday bash today is set to be a kids-only affair. Doting dad Karan Johar has decided to throw a children’s party, with no grown ups involved, for his twins’ big day.

Says a source close to Karan, “Bade log toh party karte rehte hain (the grown-ups party anyway). This is Roohi and Yash’s day. They won’t enjoy their father’s friends making merry. Karan has decided to organise a very elaborate, but intimate birthday party, where all the star kids are invited.”

Aishwarya Rai Bachchan and Abhishek Bachchan’s daughter Aaradhya will be missing their big day, since she’s away in Australia with her parents. However, Karan’s protégées Alia Bhatt and Varun Dhawan are expected to attend the do, as they’re very close to the twins.