My life’s experiences have found their way into the film, says Gazal Dhaliwal

Gazal Dhaliwal reveals her story and how the movie is a sure step to more LGBTQI+ narratives. 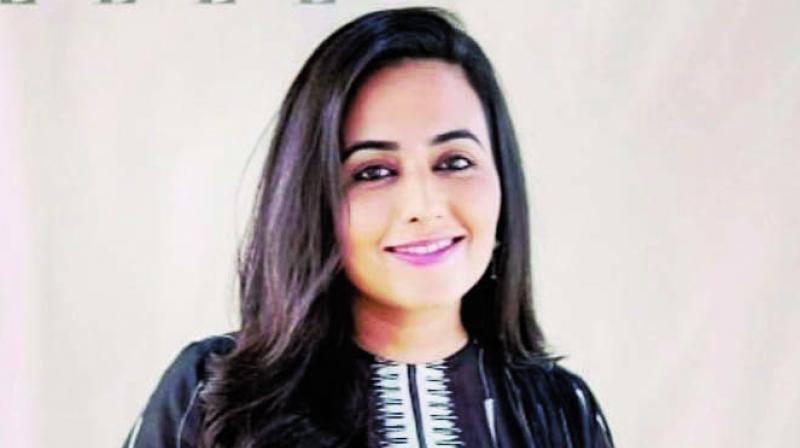 Gazal Dhaliwal, the trail-blazing writer of Shelly Chopra Dhar’s lesbian romance Ek Ladki Ko Dekha Toh Aisa Laga, reveals her story and how the movie is a sure step to more LGBTQI+ narratives.

Ek Ladki Ko Dekha Toh Aisa Laga has not only been doing well at the BO but has also remarkably achieved bringing a heart-warming LGBTQI+ narrative into a mainstream Bollywood movie. While many have tried to bring stories of the minority community on the screen before, the apt portrayal of what individuals from the community continue to face has seen a groundbreaking portrayal in the movie, thanks to its writer Gazal Dhaliwal.

According to Gazal, who is a transsexual woman herself, her own ordeals of suppression and the comforting support she received from her parents find representation in the movie. “When I think about it, there is no denying that my life’s experiences have found their way into the film. Firstly, I happen to be an introvert person like Sweety. I did live a life of suppression, feeling caged in my own body for two and a half decades. Secondly, and more importantly, my parents understood me and chose to love and protect me just the way Balbir (Anil Kapoor) does for Sweety in the end,” she reveals. Although, she goes on to acknowledge that her story is different from Sweety’s as growing up she had a lot of friends who supported her, unlike Sonam’s character. “I have been very fortunate in the family and friends department. My struggles were largely internal with my own self,” she says.

Born as Gunraj, Gazal was five years old when she was certainly aware of her gender conundrum. But it was not until she was 17 that she found a definite answer to her years of being in conflict with her identity. “I had no name or explanation for it. Then at 17 when I found this boon called the Internet, I searched online for this condition and found out that even though it is rare, Gender Dysphoria does exist wherein a person born with one sex identifies as the other sex. That helped me feel valid and accept that I was not a crazy person,” she says. It was finally in 2007, she underwent Sex Reassignment Surgery (SRS). Talking about the process, she says, “I would say it took me about a year’s time to feel confident in my new identity. One has to deal with a certain lack of confidence and insecurity facing life’s situations with a completely new name, wardrobe, pronouns and of course, people’s gaze and whispers around you. However, around my close friends, it was a cakewalk.”

While Ek Ladki Ko Dekha Toh Aisa Laga has been garnering critical praise for its acting, direction, and writing, Gazal has certainly taken a step towards revolutionising the diversity and inclusivity in stories on celluloid.  Recounting what she accords as the best compliment she has received, she recalls how she received a tweet from a girl who after watching the movie with her mother, came out as lesbian, and the mother’s only response was making her daughter’s favourite breakfast the next morning.  “This tweet was the best possible compliment for me. Shelly Chopra Dhar, the director of the film, and I had always thought that if we were able to change even one person’s heart through our film, we would have won. This girl’s story, somehow, validated me and the work put into the film,” Gazal shares. Although, despite the optimistic response, she believes there is a long way to go.