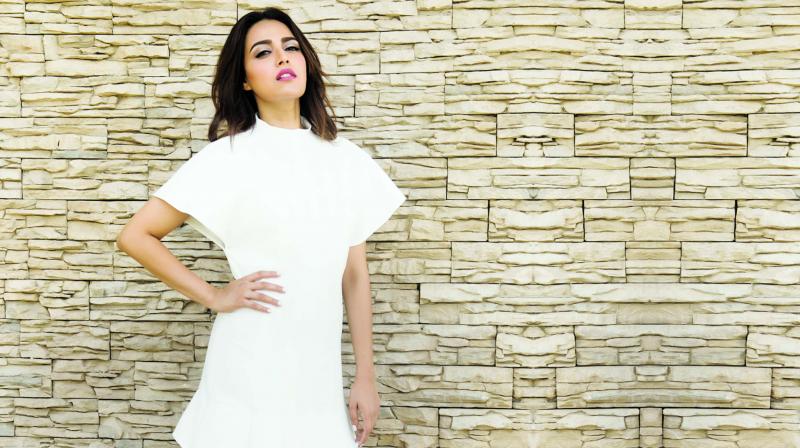 Actor Swara Bhaskar, best known for her characters in Raanjhanaa, Tanu Weds Manu and Veere Di Wedding visited Delhi on Tuesday for a panel discussion and launch of Colors’ upcoming show Courtroom. The Filmfare award-winning actor is known for her bold statements on social media and unbeatable spirit. She has always been open to discussion about patriarchy or sexual harassment from personal life experience. Tuesday was no exception. While talking about the reason for being involved in such a concept, Swara voiced, “There are shows in the digital platform, which are able to cross the boundaries and limitation of the film industry. There is no pressure of TRP, Sensor board or box office that can affect the shows on this platform. There is freedom to experiment with different subjects in different manners. ‘Courtroom’ being a show of Voot, can go on delineating real events and proceedings without much need of dramatization.”

In the past, there have been shows like Adaalat, which depicted the courtroom scenario but the team involved says this show is going to be a lot different from what laymen expect from Indian television series. Chatting about the unique concept, Vikas Kumar, the host of the show, says, “I’ve never been an anchor. It’s exciting as well as challenging. This show is based on real-life experience and thus it is not a drama or entertainment show. It goes beyond what we generally see and it is sort of first of its kind. It’ll definitely break the traditional concept and help in bridging the gap between conceptualisation and reality.”

Though known well for her films, Swara has also become a household name for her parts in the two seasons of Voot’s show ‘It’s Not That Simple’. “I have a special bond with the channel. When they told me that this show is coming, though I’m not a part of this show, I felt that it is really an interesting concept. In our country, whenever we hear of the word Court, we start imagining the huge buildings of the Supreme Court or the High Courts and there is always a fear of these places. People think that once you go to a court, 25 years of your life is gone. It is true that pendency is a huge issue in India but most citizens do not know their constitutional rights. They are not aware of the court proceedings. It is the same with me. Lately, I came to know of a fact that one cannot arrest a woman after 6pm. Even if they arrest a woman, it is mandatory for a woman police officer to accompany her all the time,” says Swara.

Swara also confessed that the sexual harassment she faced by a director was not physical, which is the reason why it took her so long to realise that it was sexual harassment and not abuse for being incompetent. She also feels that it is very important for a woman to understand the fine line between the two.

The actress further stated that even though she has faced trolls innumerable times and even sent legal notices for some of them, she has never regretted her choices. “Main bohot dhit hu iss mamle mein (I am very stubborn in these matters)… I never felt that bad, I felt angry and even verbally abused some of the trollers. At first, it used to hurt but I have never felt the urge to leave my career or leave doing what I’m good at,” says the actress-turned-producer who is now looking at hard-hitting scripts for her production house Kahaniwale.