Now just the nation but the fever has gone international and Diplo too has said 'Apna Time Aayega'. 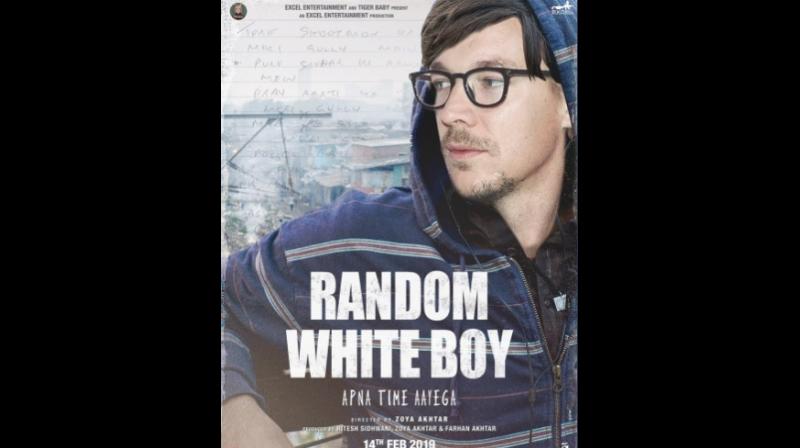 Mumbai: After gripping the entire nation with its fever now Grammy award winner Diplo uploaded a poster of Gully Boy and edited his own face with Ranveer Singh.

Now just the nation but the fever has gone international and Diplo too has said 'Apna Time Aayega'.

The DJ posted the first poster of the film that was released with Ranveer in a Hoodie with an edited face of the DJ instead, with 'Random White Guy' written on it.

This particular poster of the film had become viral and there were many memes made on it too.

The DJ who has previously collaborated with Shah Rukh Khan for one of his films have posted the picture.

The film is a story inspired by slum rappers of Dharavi. Ranveer Singh, who is paired opposite Alia Bhatt for the first time on the big screen, is playing the role of a street rapper. The film also marks the first time that Alia Bhatt is working with Excel Entertainment and Zoya Akhtar. The actress will be seen in a never-seen-before avatar in 'Gully Boy'.

Ranveer Singh's character is inspired by the journeys of Indian rappers Neazy aka Naved Shaikh and Divine aka Vivian Fernandes.

The audience has been hailing the rapper avatar of Ranveer Singh in the real world of underground music created by Zoya Akhtar.

Directed by Zoya Akhtar, Gully Boy is produced by Ritesh Sidhwani and Farhan Akhtar under the banner of Excel Entertainment in association with Tiger Baby and this film on the underground rap movement in India is slated to release on February 14.