Bollywood’s pursuit of the talented

Glam pics and a Bollywood legacy get star kids social media followers. But are th0se enough to get them roles in films? We find out 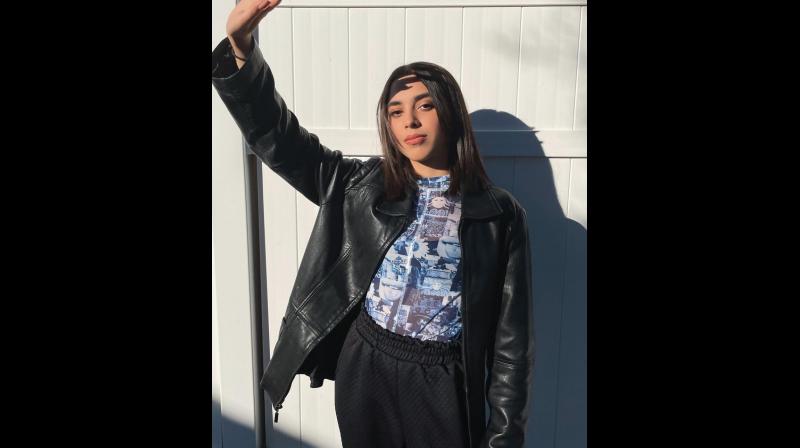 They are almost all of them on social media, looking bold, brazen and perhaps a tad brash. The new breed of star kids, or even young hopefuls, believes in flaunting their best profiles on Instagram. Let’s face it, the ’gram is where it all happens. While previously star kids such as Khushi Kapoor, Suhana Khan, Shanaya Kapoor and Aaliyah Kashyap maintained private accounts, today, they have shed their inhibitions and have no qualms in sharing their most intimate images for their fans and prospective producers alike.

But the point worth pondering over is whether social media popularity will help these girls and other newcomers in getting noticed and being signed by producers. Bollywood director, Amit Agarwal believes that irrespective of social media popularity, it is talent that finally shines through. “Good talent is the key to create good content and this matters when it comes to making a successful creative venture,” he says.

Some of these Bollywood star kids are already social media stars even before becoming actors. According to producer Sarita Tanwar, having a huge social media presence always helps. “It’s not something that will necessarily help a newcomer to get cast as a lead character in a big film, but it’s definitely a plus. Especially in the digital space, most platforms want known names and faces. And being a social media star is an advantage,” she adds.

All that they share
A quick look at their Instagram accounts reveals interesting facets about the girls with Bollywood dreams.

Suhana Khan, the trendsetter, has 15 lakh followers after making her account public. Her pictures are well-curated, with an interesting visual narrative. The focus is not always on her alone.

Khushi Kapoor has 363,000 Instagram followers but she tends to focus more on facial close-ups. The makeup is always impeccable and her pictures, classy.
Shanaya Kapoor, who recently made her profile public, already has 303,000 Instagram followers. The stunning girl proudly flaunts her super toned body in figure hugging outfits. Her dance moves are already a rage. Aaliyah Kashyap, with 194,000 Instagram followers, often posts ultra-hot pictures of her perfectly toned body. She confidently poses in bikinis and inner wear and remains unfazed by trolls. While these gorgeous girls may have fans swooning over them, casting director Nandini Shrikant believes these exposures can only take you so far when it comes to casting. “I’m sure having a strong social media presence helps you remain in the spotlight. They might get producers and directors to notice you. But we don’t look at social media while casting for a role. It is the talent and requirement as per the script. Ultimately it is ability to perform that gets you roles,” she adds in clarification.

Dangers of overexposure
Being young and fearless, Gen Z girls have no qualms in posting sexy pictures, which may appear cheesy to those with conservative mind-set. “Cheesy is in the eye of the beholder. If you see the comments section, you will see that it’s not all compliments. But largely, the fans/followers lap up everything that the celebs post. It’s not that anyone has ever lost followers because of a silly picture or video. The consumers of Instagram aren’t very discerning,” points out Sarita.
Nandini concurs with Sarita’s thoughts on the matter. “I don’t think a cheesy photograph can hamper someone’s chances at getting a role. We go through multiple processes before casting an actor. There is an audition and a look test as well. So, we are very careful while making a decision.”

All said and done, is it a good idea for these star kids to get so much exposure before signing their first film?
“You have no choice but to recognise the power of social media all over the world. As a user myself, I feel it allows you to build a personal relationship with the audience. Does this translate into film projects? I’m not a producer so I’m not qualified to comment, but does it contribute to assorted careers? I would say absolutely yes!” says designer Seema Khan who is also a part of the Bollywood industry. However, Amit Agarwal offers a word of caution. “I think reasonable exposure is okay for all as it helps gain confidence but overexposure is risky as you might land up building the wrong image amongst your followers and that may derail your plans as you will have to focus on rectifying it first.”

Talking about the way travelling has influenced her, Payal says, “I believe travelling is the best medicine; it made me positive. I have started to enjoy life and live in the moment. Earlier, I was only working from 9 am to 6 pm. But waking up in a new place is like therapy. It offers a chance to discover and explore the world.”