Salman Khan, Dharmendra twin in black and it is Pyaar Kiya To Darna Kya revisited

Superstars Salman Khan and Dharmendra are a jodi that are always fun once they are together. 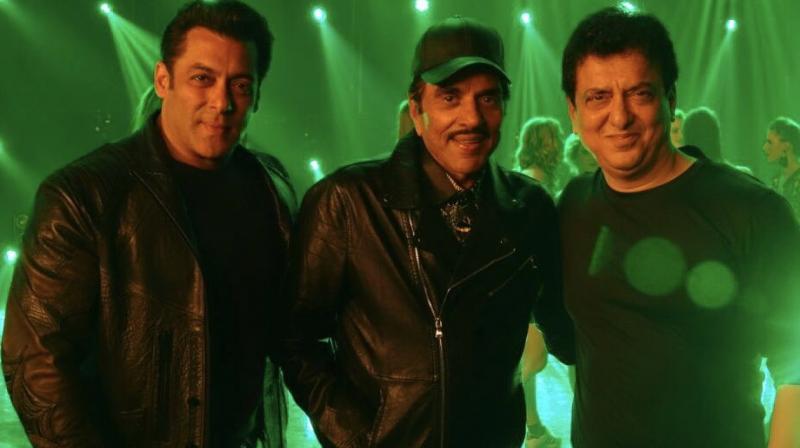 Mumbai: Superstars Salman Khan and Dharmendra are a jodi that are always fun once they are together.

Salman and Dharam paaji were twinning in black jacket when they caught up with the head honcho of Nadiadwala Grandson Entertainment, Sajid Nadiadwala.

In 1992 Sajid produced his first film ‘Zulm Ki Hukumat’ starring Dharmendra and Govinda and back in 2014, he directed his first film ‘Kick’ with Salman Khan which became a hit and is being made into a sequel soon.