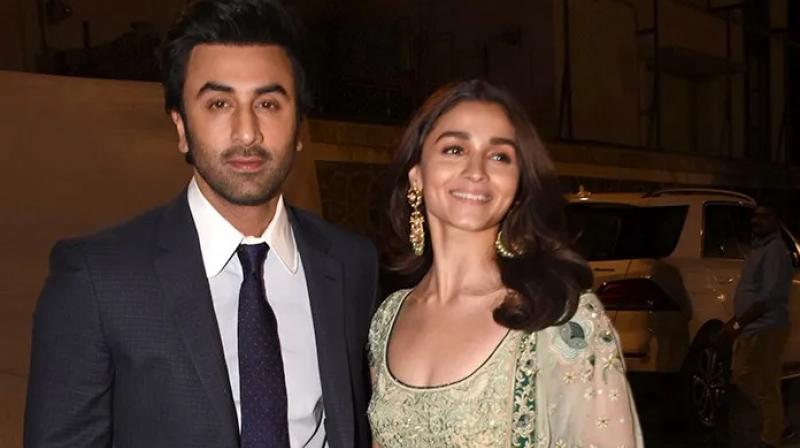 While the families have given no confirmation about Alia Bhatt and Ranbir Kapoor’s  wedding, news is that they are getting married on April 15 in the wee hours of the morning with the stars in attendance at the old RK House in Chembur. This was the first house purchased by Raj Kapoor after Bobby went on to be a huge hit.

“We are told that the function is a three-day affair with the Mehendi function taking place on April 13 at the Bandra home Vaastu. Both Alia and Ranbir have houses in the same building. There will be a sangeet on the next day at the same location. This will be followed by the wedding festivities which will culminate between 2 am to 4 am. A wedding reception is also expected to take place sometime after that,” say sources.

The wedding was earlier to take place on April 17, but there has been a shift in the date as Alia’s maternal grandfather Narendranath Razdan has been keeping unwell. “Alia is also shooting for Karan Johar’s film Rocky Aur Rani Ki Prem Kahani till April 12 and she will not have much time to prepare for the wedding.

Sources say that it is a small gathering and that only family members and a few friends from the film industry and from their personal lives will be present.
The wedding is taking place at the same location where the late Rishi Kapoor and Neetu Singh got married. Incidentally a copy of their wedding invite is now going viral. The RK Bungalow at Chembur has a sprawling lawn as well and can accommodate many people.

When we asked Neetu Kapoor about the wedding on the sidelines of a show she was judging as to when she was getting her daughter-in-law home, she just looked up at the sky with a “God Knows” kind of expression. Randhir Kapoor said that he would definitely be informed if a wedding was taking place at his house!
Ironically, this is quite similar to the denials that were issued by Vicky Kaushal’s family and Katrina Kaif’s close ones when their wedding was being spoken about.