Entertainment   Bollywood  07 May 2018  Salman Khan back in time for Sonam Kapoor wedding, will Kareena make it?
Entertainment, Bollywood

Salman Khan back in time for Sonam Kapoor wedding, will Kareena make it?

Salman Khan had left for Jodhpur regarding his court hearing on the 1993 Blackbuck poaching case. 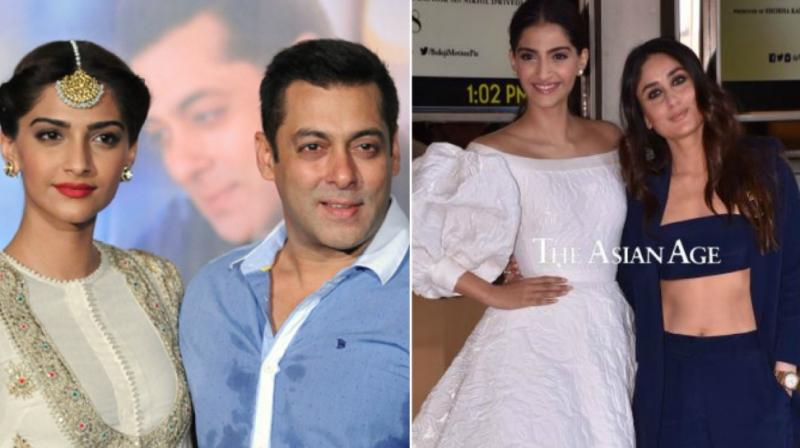 Salman Khan had left for Jodhpur regarding his court hearing on the 1993 Blackbuck poaching case, but the actor is now back in Mumbai.

Salman, who was convicted in the case for a few days, made it back in time for his dear friend Anil Kapoor’s daughter Sonam Kapoor’s wedding.

Sonam’s sangeet ceremony has begun and family members are already spotted outside the venue, but this might probably be just an intimate affair.

Now that Salman is in Mumbai, he might just be one of the attendees of Sonam Kapoor’s wedding reception, which will be held on Tuesday evening.

However, Sonam’s Veere Kareena Kapoor Khan, who was also supposed to be part of the reception, is on a mini holiday with husband Saif Ali Khan, and thus it awaits to be seen if Saifeena can make it just in time for Sonam ki reception?