Entertainment   Bollywood  07 May 2018  Sonam Kapoor’s to-be husband Anand Ahuja imposed a rule on her to show he cares
Entertainment, Bollywood

After Mehendi on Sunday, they will have Sangeet ceremony today, followed by their wedding and reception tomorrow. 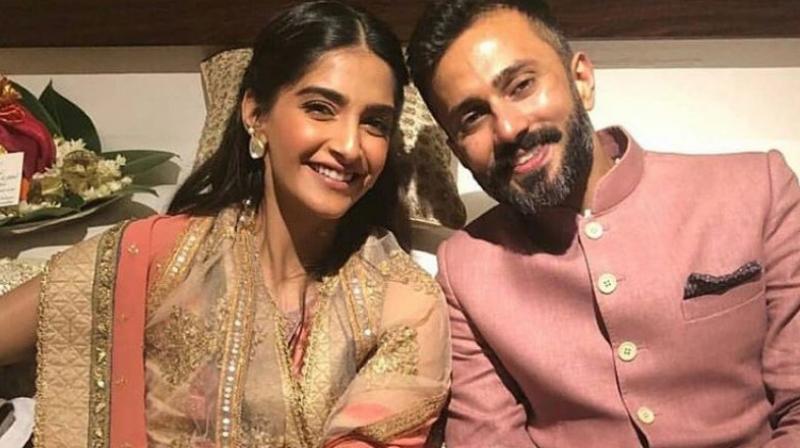 Sonam Kapoor and Anand Ahuja at their Mehendi ceremony.

Sonam Kapoor and Anand Ahuja are one of the cutest couples and what makes it better is that the two are going to tie the nuptial knot within a day!

After their Mehendi ceremony on Sunday, the two will have a Sangeet ceremony today, followed by their wedding and star-studded reception tomorrow.

Before the wedding itself, Anand has imposed a rule on Sonam, but it is such a cute rule that it shows the man cares.

Sonam revealed to Firstpost, "It's a rule basically Anand has put on both of us. Right before I sleep I have to put my phone on charging in the bathroom or I charge it in the hall of other room."

That’s just so thoughtful, considering both of them will have time for each other than with their phones.