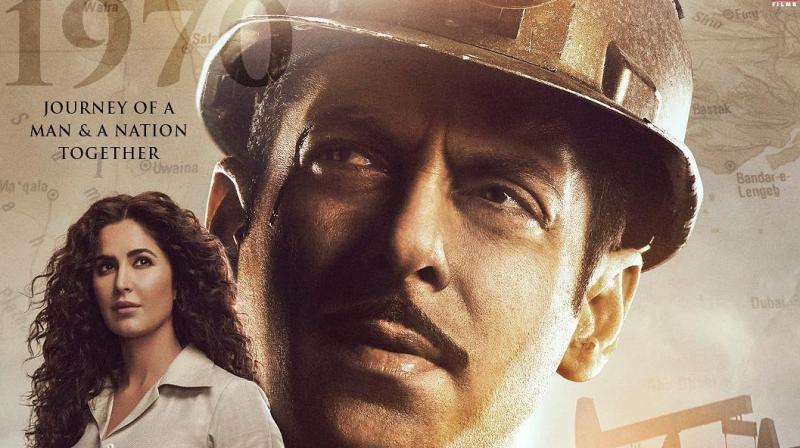 Mumbai: Salman Khan starrer ‘Bharat’ has set all records straight with raking the first day collections at the box office as the highest ever of all times for the superstar.

Despite a working day, Bharat has garnered 31 Cr on day two taking the grand total to 73.30 Cr.

The magic of the duo Salman Khan and director Ali Abbas Zafar has pulled out massive numbers and becomes second highest first-day of all times despite the much-hyped India vs South Africa World cup match on its very first day of release.

The Salman starrer was not only creating all the buzz for being the highest with advance bookings ahead of its release but is set to become a chartbuster of all times. It is the huge star power of Salman Khan and the power pack of not just the movie starring Salman and Katrina together that had piqued the excitement amongst the audience much ahead of its release. Bharat has marked a huge first-day collection of around 43 cr which would be the second highest collection of all time for a Hindi film after Thugs Of Hindostan which marked a moolah of 50 crores at the box office.

With the massive production, the strong foundation of a storyline which is not only an entertainer but a soulful journey of a man and a nation along with a groovy dose of music numbers, Bharat has won the hearts on its first day itself and the numbers are a testimony. The numbers are huge all over the Hindi film markets with even single screens witnessing an extraordinary turnout from the fans waiting to see the Salman extravaganza.

Bharat is receiving appreciation from all across and touted to be the ‘biggest film of all times’, the Salman Khan starrer is on its way to chart new records already. The nation saw a fan frenzy and the numbers are proof.