Gone are the times when actors hesitated before looking less than picture perfect for the sake of portraying a particular character. 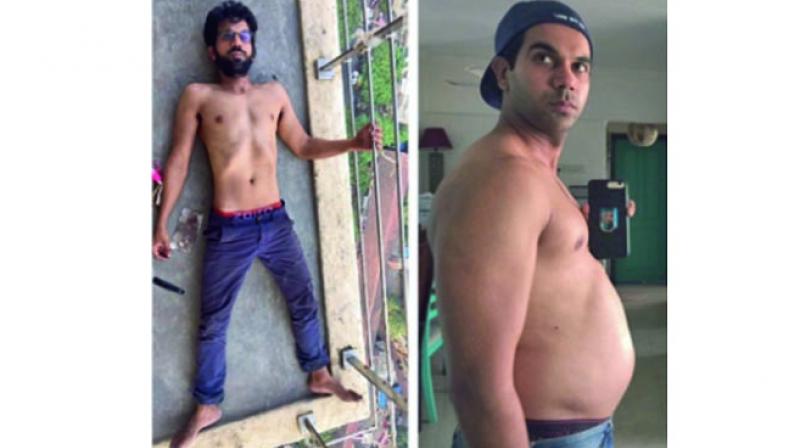 Rakummar Rao went through a drastic weight loss for Trapped; (extreme right) He is now working on gaining weight for his upcoming film Bose.

From going bald to sporting a belly to looking malnourished, actors are transforming themselves physically to closely resemble the characters they are portraying on screen.

Gone are the times when actors hesitated before looking less than picture perfect for the sake of portraying a particular character. From going bald, to drastically gaining or losing weight, it’s all about living the character they are assigned. Rajkummar Rao is now sporting a big belly for Bose — his next film directed by Hansal Mehta. Previously, Rajkummar went through a drastic weight loss to play a man striving for survival in Trapped. “Building a character. Nothing gives me more high than the process of exploring someone else’s life on screen,” the CityLights actor tweeted.

Instances such as these reflect how Bollywood is evolving in terms of character portrayal and showcasing quality content on screen. Aamir Khan’s look in Dangal appealed to the audience, and the film ended up being one of the highest grossing Indian films. Randeep Hooda drastically lost weight to look malnourished for Omung Kumar’s Sarbjit. 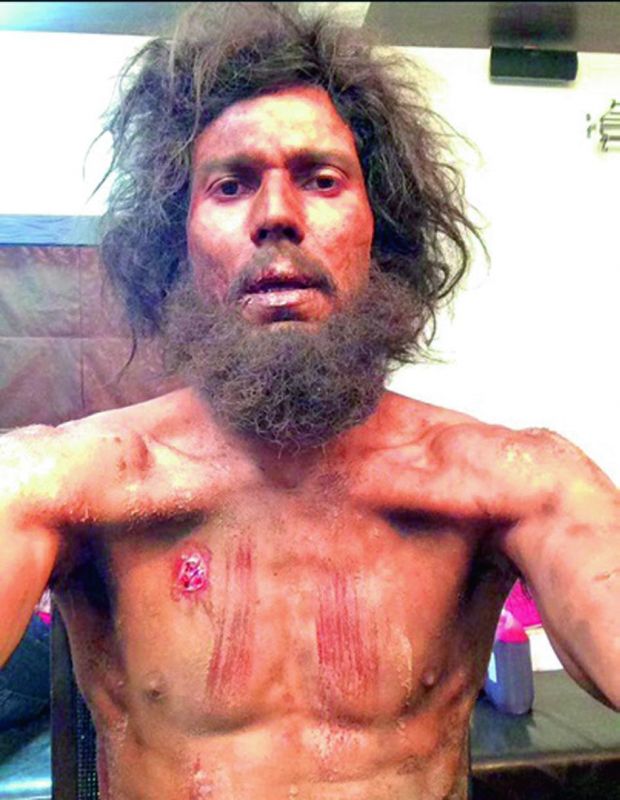 “What works for the film is the dedication of actors. If actors believe in the film and the script, they will do anything to get into the character. In that process, they forget who they are and become that very character. And this helps directors a lot because during the shoot, they see the character coming alive truly,” explains Omung.

Veteran director and actor Satish Kaushik feels that seeing an authentically portrayed character is something the Indian audience needs today.

“Today, the audience is quite intelligent and much more educated about cinema. They want to see Subhash Chandra Bose as they have seen him in books. And when actors actually work hard to go beyond themselves, they are also fulfilling the need of the audience. It brings a lot of difference to the script and to their performance as well,” says Satish and adds, “It shows the seriousness of the actor to be in that film. It is very pleasing to see that actors are doing this for mainstream commercial cinema and not just realistic or artistic cinema.”

Strong characterisation in films like Dum Laga Ke Haisha!, Mary Kom, Guru and Bhaag Milkha Bhaag are fine examples where people have happily flocked the theatres to see the characters more than the stars portraying them.

“Actors are now facing real competition in the industry. Thanks to the Internet, cinema is now able to reach every individual. So, actors have to experiment and go beyond their limits to justify themselves as good actors,” says casting director Manoj Ramola.

“At times, both casting directors and directors are clueless about how the actor is going to perform as that character. But by trying to be close to the character physically, actors  help the directors have a clearer vision about the film. And many a time, audience watches the film just out of curiosity of seeing the transformed actors,” adds Manoj.