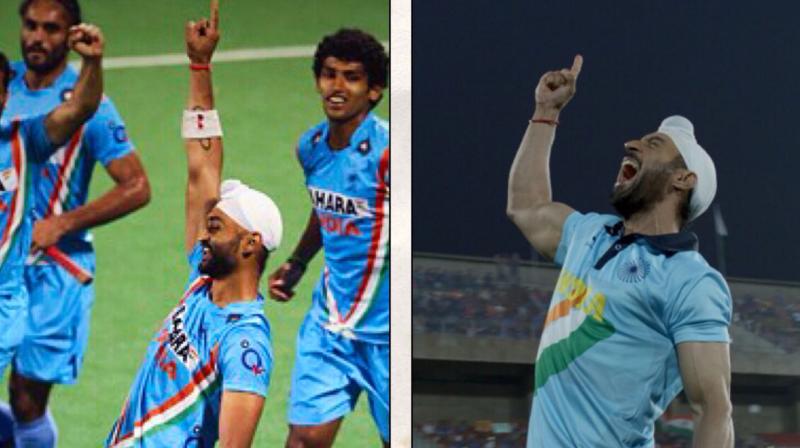 Diljit and Shaad will be visiting Sandeep's home town and will visit the actual locations once again after the shoot of the movie, which is Sandeep's house and the hockey turf where he practices the game.

Post which hockey legend Sandeep, actor Diljit and director Shaad Ali will travel back in a train and it will be after the accident that Sandeep will be travelling in a train.

Sandeep Singh was shot with a bullet while he was travelling in a train 12 years ago, after which the hockey player was paralysed for 2 years. But his determination and love for the game brought him back and he won several medals for our country.

The film has been shot in his hometown Shahabad to capture the real essence of his struggle and the journey to becoming the hockey legend.

It is a lesser known fact that Sandeep Singh has been hailed as one of the world' most dangerous drag-flickers of all time with drag speeds of over 145 km/hr which led to his nickname ‘Flicker Singh’.

Sandeep Singh's inspiring story had the makers keen to bring his life on the silver screen.

‘Soorma’ will feature Diljit Dosanjh essaying the role of Sandeep Singh alongside Taapsee Pannu and Angad Bedi in pivotal roles.

Produced by Sony Pictures Networks Productions, Chitrangda Singh, and Deepak Singh, ‘Soorma’ is written and directed by Shaad Ali and is slated to release on 13th July, 2018.