It traces her struggles as a teenager and how financial crisis in the family led her to become an adult movie star. 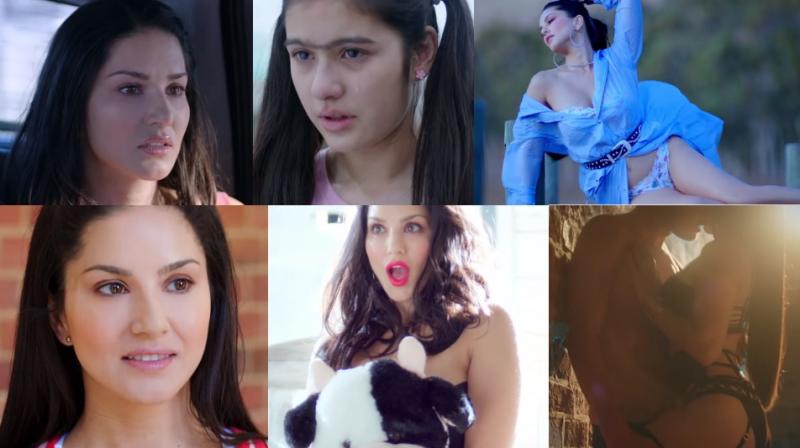 Screengrabs from trailer of ‘Karenjit Kaur - The Untold Story Of Sunny Leone.’

New Delhi: In not even 24 hours, the trailer of 'Karenjit Kaur: The Untold Story Of Sunny Leone' has garnered more than three million views on YouTube.

At the time of filing the report, the trailer of the web series, which portrays her unconventional life choices, amassed 3.5 million views.

The almost two-and-a-half-minute trailer starts with Sunny, born as Karenjit Kaur Vohra to Indian immigrants in Canada, in the green-room, preparing for an interview, where she is introduced as the one actress who is equally loved and hated in India.

It then gives a sneak peak to her struggles as a teenager, and how financial crisis in the family led her to become an adult movie star.

The trailer, released on Friday, has also garnered much attention on social media, with fans pouring wishes for the new venture.

"@SunnyLeone the documentary looks sharp. The world needs to know the sweet and humble lady you are didi. All the best. Big wishes," tweeted rapper Raftaar.

"Loved the trailer and Sunny Leone is all set to reveal her life story in a biopic titled Karenjit Kaur-The untold story of Sunny Leone #SunnyLeoneOnZEE5," wrote another.

'Karenjit Kaur: The Untold Story Of Sunny Leone', directed by Aditya Datt, is all set to go on live on ZEE5 on July 16.