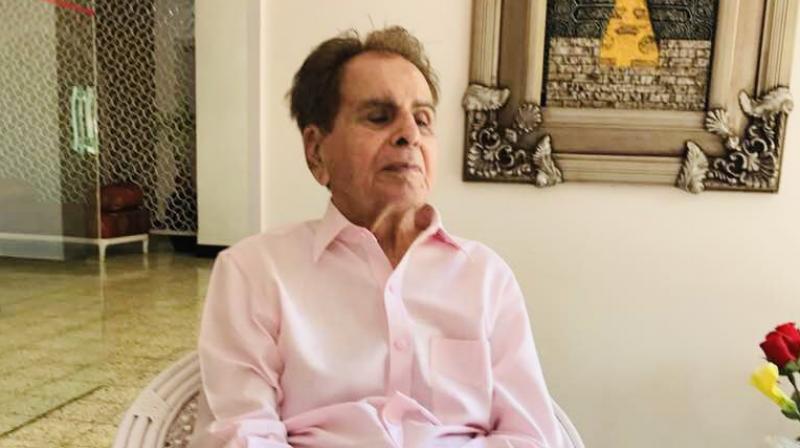 Dilip Kumar had been in an out of hospital in the last one month. (Photo: Twitter/@TheDilipKumar)

Mumbai: Veteran actor Dilip Kumar passed away on Wednesday morning after prolonged illness, the doctors treating him confirmed. The actor, 98, breathed his last at 7:30 am, the doctors added.

The actor was admitted to the intensive care unit (ICU) of the Hinduja Hospital, a non-COVID-19 facility, since Tuesday.

Kumar's family friend Faisal Farooqui took to Twitter to announce the legendary actor's demise. "With a heavy heart and profound grief, I announce the passing away of our beloved Dilip Saab, few minutes ago. We are from God and to Him we return," Farooqui tweeted from the official Twitter account of Dilip Kumar.

Expressing his grief, Prime Minister Narendra Modi condoled the veteran actor's demise. "Dilip Kumar Ji will be remembered as a cinematic legend. He was blessed with unparalleled brilliance, due to which audiences across generations were enthralled. His passing away is a loss to our cultural world. Condolences to his family, friends and innumerable admirers. RIP," he tweeted.

The "Mughal-e-Azam" actor had been in an out of hospital in the last one month. However, his family hoped he would get better.

Kumar's wife Saira Banu, on Sunday, told news agency PTI that the actor was in a much better condition. "Sahab is much better. We are still in the ICU. He is very stable and very well today." "(Need) Prayers to get him out of here hale and hearty. Let us get out of the woods, we are still in the woods," she added.

The veteran actor was earlier admitted to the hospital on June 6, after he complained of breathlessness. According to reports, he was diagnosed with bilateral pleural effusion, a build-up of excess fluid between the layers of the pleura outside the lungs. After getting proper treatment, the actor was discharged on June 11.

The Bollywood actor is well known for his roles in many hit films including, Jogan, Babul, Azaad, Tarana, Deedar, Aan, Karma, Footpath, Daag, Devdas and Mughal-e-Azam. He was last seen on the big screens in 1998's Qila.

Born as Yusuf Khan, Kumar was known to generations of film-goers as the "tragedy king".

The five-decade career of Dilip Kumar included "Mughal-e-Azam", "Devdas", "Naya Daur", and "Ram Aur Shyam", and later, as he graduated to character roles, Shakti and Karma.