Besides Shah Rukh Khan and Salman Khan coming together for a brief moment yet again in Aanand L. Rai’s next, the two actresses may star together too. 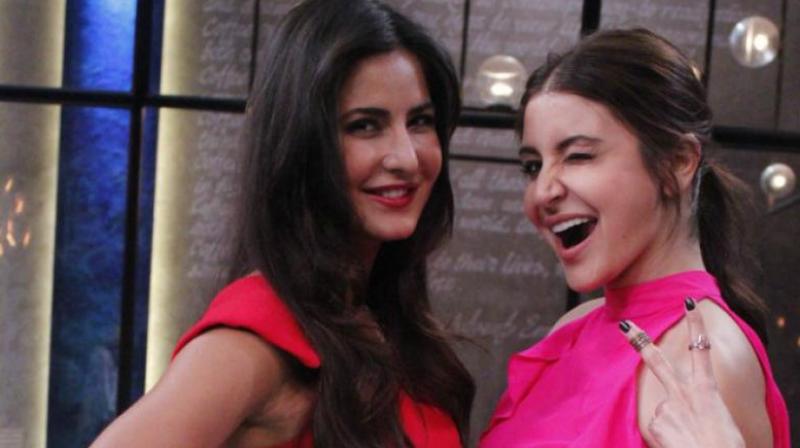 If word’s to be believed, Aanand L. Rai’s yet untitled next was originally christened Katrina Meri Jaan. The actress, obviously a part of the movie, was also rumoured to be starring as herself. Interestingly, Anushka Sharma too is supposed to be a part of the movie.

At the trailer launch of Aanand’s production Shubh Mangal Savdhan, he was asked about his ambitious project and he said, “Right now, we’ve finished a few portions with Shah Rukh Khan, and have completed a song as well. Probably by next month we will be shooting some portions with Katrina. It will be in Mumbai, as well as outstation.”

The movie, which will have Shah Rukh starring as a dwarf, will be a story of a small town man, who sets out to meet his Bollywood idol. What’s more interesting now is that besides Anushka and Katrina, the film has a cameo by Salman Khan.

They may be foes-turned-friends, but Shah Rukh has already made a cameo in Tubelight, and Salman seems to be returning the favour.

Confirming the news, our source says, “A song sequence was being picturised in the Yash Raj studios. Salman and SRK shared the screen space in this dance sequence, and had innumerable dancers around. It was really amazing to watch both acting spontaneously. However, we cannot give away the lyrics of the song. It’s been rendered by ace musician, Pritam.”

On condition of anonymity, another source adds, “The film is being shot very aesthetically. SRK is shown as a dwarf and with VFX, watching it on the screen looks utterly magnificent.”

Now with SRK and Salman sharing screen space, will Anushka and Katrina too be in the same frame, after having missed the connection in Jab Tak hai Jaan? Only time will tell.