Kangana Ranaut’s Thalaivi, a biopic on late Tamil Nadu Chief Minister J Jayalalithaa has been in the news since its inception. 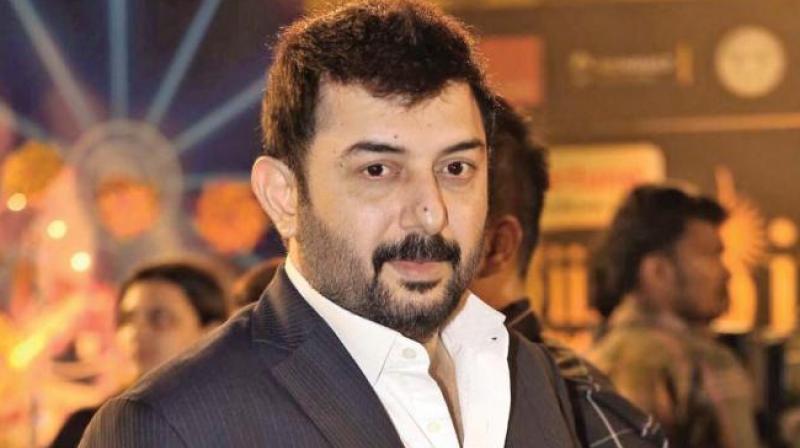 Mumbai: Kangana Ranaut’s Thalaivi, a biopic on late Tamil Nadu Chief Minister J Jayalalithaa has been in the news since its inception. According to the latest reports, Tamil star Arvind Swami is said to be a part of the film. The actor will be seen playing the role of former Tamil Nadu Chief Minister and legendary actor MGR in Kangana Ranaut starrer Jayalalithaa biopic.

The shooting of the film will go on floors from October. The biopic on the legendary actress and politician is co-written by KV Vijayendra Prasad and Rajat Arora. While the makers are still finalizing the star cast, an official confirmation regarding Arvind Swami being a part of the film is awaited. M. G. Ramachandran served as the CM of Tamil Nadu for ten years from 1977 to 1987. Meanwhile, in a recent interview, director Vijay opened up about Jayalalithaa biopic. Vijay spoke about how important it is that a big star plays the role of a politician in the film. “This is a pan India film, and Kangana is apt for the role. She is one of the biggest stars in India today and I think it is right that a top star plays the role of an important politician. This way, the story will also reach audiences across India. We consider this a pan-Indian film, not a regional one," he said.

Jayalalithaa biopic will be released in Tamil, Telugu, and Hindi. The film is expected to release in 2020.

Director Vijay’s #Thalaivaa faced a lot of issues for the title. Now the filmmaker's #JayalalithaBiopic titled #Thalaivi, he has got NOC from JJ's nephew Deepak. Life comes full circle for Director Vijay! pic.twitter.com/w3YMwYkTI0