The Bollywood diva who is known to have mastered a number of western dance forms has recently put her foot in Kathak. 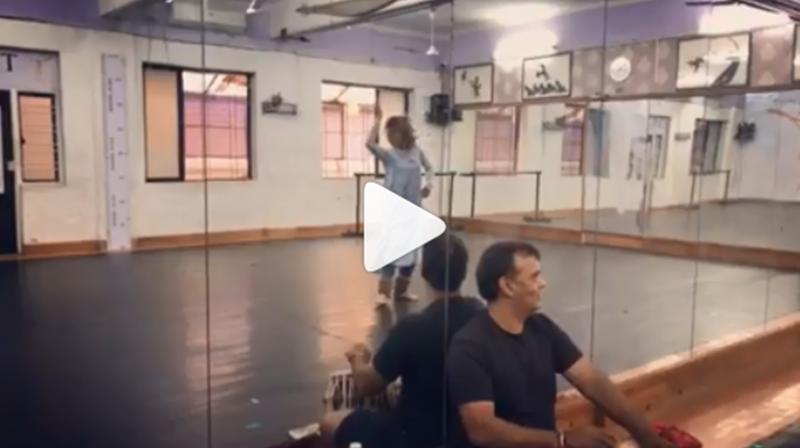 Mumbai: Actress Jacqueline Fernandez who was recently, seen sizzling in the song ‘Bad Boy’ from the film Saaho has recently posted a video on Instagram that shows a completely different side of her.

The Bollywood diva who is known to have mastered a number of western dance forms has recently put her foot in Kathak (literally). The dancing doll as she is fondly called, posted a teachers day video where she is seen performing a piece in front of her kathak teacher. She shared the video with a simple caption which read: "Guruji- Happy Teachers Day".

In spite of being an outsider who has successfully created her mark, Jacqueline has always taken a keen interest in knowing and adapting the Indian culture and traditions which has deeply inspired her fans and time and again, she has expressed her love towards the culture.

The actress is all set to play the role of a serial killer in her first OTT project and the fans are going gaga over this announcement.

Owing to the immense popularity amongst the masses and having several brand endorsements to her credit, Jacqueline Fernandez has emerged as one of the most influential actresses in addition to being the commercial front runner.

The actress would be seen in her upcoming movie, Kick 2 and the actress will be sharing the screen space with Salman Khan once again. Directed as well as produced by Sajid Nadiadwala, Kick 2 will release on Christmas 2019.