This highly-anticipated film can easily be labelled as Shah Rukh’s career best. 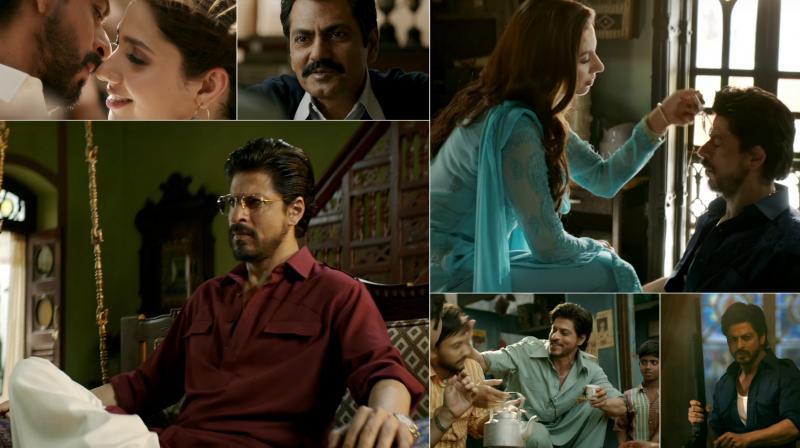 Stills from 'Raees'. The film will release on January 25.

Mumbai: Based on the life of much-hyped criminal Abdul Latif, this film will prove to be a game-changer for the Baadshah of Bollywood. He is ferociously fierce, carries a not-gonna-spare-none attitude and indulges in all things common men call ‘pure evil’.

Miyan Bhai, as Shah Rukh would like to be called in’Raees’, is a bootlegger and man, anyone who walks past this anti-hero, trembles with fear. His kohl-rimmed eyes reflect the storm that lies within him, he is iniquitous yet lovable.

He is both the calm before the storm and the storm itself.

Co-produced by Excel Entertainment and Red Chillies Entertainment, SRK in ‘Raees’ is both a hero and an antagonist, the daring Miya is both a sinner and has been sinned against.

The trailer shows Raees's and Nawazuddin's characters are at loggerheads- one refuses to slow down and the other refuses to give up.

But Bhai has a softer side to his intimidating personality and that comes out when his lady love (Mahira Khan) makes an entry in his life. He is swooned over by her and together they croon.

Shah Rukh’s performance as the bad guy is not only commendable but the superstar has outdone himself with this one. The gangster, the bootlegger, the swagger- each part portrayed with sheer cinematic brilliance.

If you thought Shah Rukh is good as ‘life coach’, then he is way better as ‘the daring Miya’. This is definitely a career-defining role for King Khan.

He was not wrong when he captioned his poster 'apna time shuru'. Only a superstar of Khan’s stature could have pulled off something as bad as this one with utmost artistic goodness.