Proud of my choices: Kartik Aaryan

The Pati Patni Aur Woh actor talks about his films, his take on relationships and why he doesn’t mind taking up risky subjects. 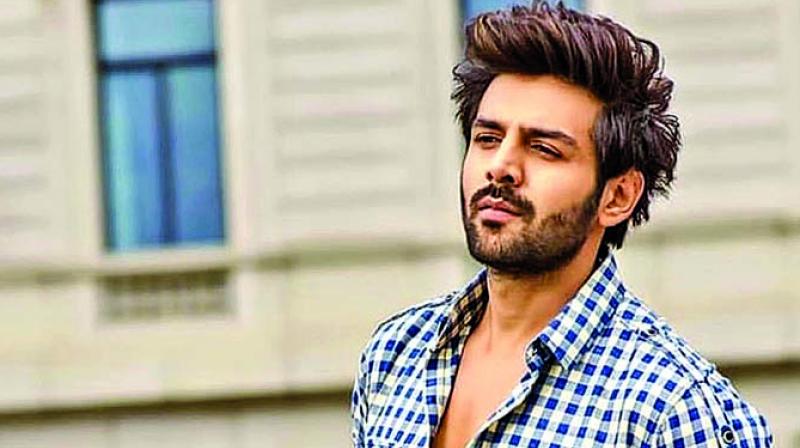 In 2018, Luv Ranjan’s Sonu Ke Titu Ki Sweety became a sleeper hit and changed Kartik Aaryan’s life forever. Another film or two later, Kartik is one of the busiest actors in Bollywood and has plum projects in his kitty. But the journey to the top was fraught with roadblocks with his earlier films including Pyaar ka Punchnama and even Sonu Ke Titu Ki Sweety been termed misogynistic. Nevertheless, the actor claims that the audience isn’t gullible and takes films with a pinch of salt. “I got a lot of love with Pyaar Ka Punchnama and it was loved by a lot of girls. I have a lot of female fan following with these films. My connection with my audience is very strong and I am really happy about it. They know what’s said in a funny way and what’s on a serious note,” he asserts, adding that as an artist, he knows where to draw the line. “Whenever I will do a serious film, I will ensure it’s done the right way, and when I do comedy, I have fun and know my responsibility. After Pyaar Ka Punchanma, I took a U-turn and did a film on marital rape called Akaash Vani, and many people loved that film. I am proud of all my choices, I have done all kinds of films — I have done women-centric films like Silvat and Kaanchi,” he adds.

The Lukka Chuppi actor is now busy promoting his film Pati Patni Aur Woh, which faced controversy over a controversial dialogue pertaining to sex. “This dialogue got highlighted and we didn’t realise it when we were doing it. We had shown it to a lot of people, but no one had pointed it out. We didn’t want to hurt anyone’s sentiments. This is neither the topic of our film nor was this our intention,” Kartik explains, adding that the dialogue in question has been removed since.

Kartik credits his ability to take risks as a core reason for his success. “I started with Punchnama 1 and it was risky. From Sonu, I got the tag of a bromantic hero; it was a risky subject and that worked for us too. There used to be a comical aspect, but at the same time, it’s a risk. It is important as actors to take risks. You can’t be in the safe zone all the time,” he opines.

While his character in Pati Patni Aur Woh deals with an extramarital affair, Kartik is not an advocate for cheating in real life. He says, “If I am in a relationship, then I will be honest in it, I will not fall for ‘woh’ (her). I will make my wife my woh. I am an honest man, I don’t look like one but yes I am,” he smiles.

When further probed about his personal life, he deflects, “I don’t speak about my personal life because it’s not just about me, it’s about the other person also. So people feel ‘why is he not talking’, but that scenario is something that’s tricky. I want to maintain that decorum.” The actor has been linked to his past co-stars Sara Ali Khan, but reports say that the alleged couple has called it off now.

This begs the question of what example Pati Patni Aur Woh will set for the audience. Kartik, however, says audiences are smart and will able to make their own choices. “I feel films are only for entertainment. This film is made for entertainment but still, there is a message in it and in a comical way. You will see the reflection of your society in films, and sometimes it’s just for entertainment. The audience is smart enough to understand the idea behind the story and the selling point. They take it with a pinch of salt, but there is also a thin line that actors should not cross,” the actor concludes.